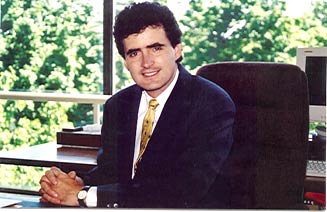 This great Guest Opinion from Fred Viskovich of Lower Makefield appeared in this morning’s Courier Times.

In a bizarre way, it is comforting to know that right-wing rhetoric is alive and well. Congressman Mike Fitzpatrick’s intemperate and vitriolic remarks about the outcome of the Democratic congressional primary are the Karl Rove-style swift boating of Patrick Murphy.

Fitzpatrick’s calling Murphy a “cut and run liberal” is the equivalent of what happened to returning Vietnam War veterans: getting spit on. Cutting and running?

Who would know more about that than a freshman who cut the planned and appropriate increase in funding for the needy and then runs from campaign finance accountability? The situation in Iraq has no military solution. Iraq is in a civil war. The insurgency isn’t in its last throes, but the domestic axis of waste, incompetence, and corruption, the Bush/Cheney/Rove administration, is.

That’s the culture that Bush supporter Fitzpatrick votes with over 60 percent of the time and that’s the culture that mainstream Democrat Patrick Murphy wants to change. In a May 11-15th Washington Post/ABC News poll, 59 percent of Americans said the war in Iraq was a mistake, while 50 percent believe Democrats are better trusted to resolve it. Only 36 percent think Republicans can do the job.

Only an ideologically driven and politically naïve freshman would make the mistake of thinking that success in Iraq lies through an “independent commission.” Who would sit on such a commission? Who would appoint its members? Would their findings be binding on our military leaders and our commander in chief? The idea is political vaporware. We already had the bipartisan 9/11 commission and (the) radical right ignored its findings: no weapons of mass destruction, no ties to al Qaeda, no participation in 9/11.

How long should we spend $10 billion a month to provide Iraqis with constitutionally guaranteed free health care, housing, education and the right to the nation’s natural resources? How many more Americans must die to ensconce a pro-Iranian theocracy that subordinates all law to Islam? Leave Iraq and the indigenous political elements will make quick work of outside terrorists who, neutered by the lack of an occupier, will suffer the rough justice they deserve for killing innocent citizens.

Murphy has no residency issue. But Fitzpatrick talks about Murphy like he is some kind of illegal alien who should have to apply for guest worker status at the county courthouse. As pointed out in a recent Courier Times editorial, the federal requirement is that the candidate be a resident of the state, not the district, at the time of election.

Fitzpatrick confuses these requirements with those of county commissioner. All politics is local, but not all governments are local. Bucks County is cosmopolitan. Residents have moved here from Philadelphia, New York, New Jersey, or India. Fitzpatrick and Murphy both have positions on immigration. But Fitzpatrick has a position on immigration to Bucks County.

Fitzpatrick’s post-election outburst belies his nice guy persona. His statement is a missive climbing out of the rotting carcass of a dead, issue-free campaign. It is a desperate attempt to disguise a lackluster first-term record and a pledge of allegiance to the most extreme elements in the Republican Party. Even former fellow county commissioner and lifelong Republican Andy Warren said the party no longer had any place for moderation and independence and abandoned the GOP.

Fitzpatrick’s statement on the nomination of Patrick J. Murphy proves it.

To help Patrick, click here (and by the way, don't forget this also).
Posted by doomsy at 3:10 PM