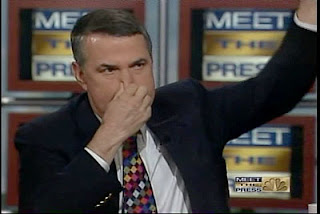 I don’t have much to add to this Atrios post about Little Tommy (“Suck. On. This.”) Friedman and his latest blather on Iraq in the New York Times today (really now, why on earth is he still allowed to write about this topic considering that he has created a rather lengthy trail of delusional rose-colored observances and failed prognostications?), but I would like to point out these two choice excerpts.

What seems to have happened in Iraq in the last few months is that the Iraqi mainstream has finally done some liberating of itself. With the help of the troop surge ordered by President Bush, the mainstream Sunni tribes have liberated themselves from the grip of Al Qaeda in their provinces. And the Shiite mainstream — represented by Prime Minister Nuri al-Maliki and the Iraqi Army — liberated Basra, Amara and Sadr City in Baghdad from both Mahdi Army militiamen and pro-Iranian death squads.

We may one day look back on this as Iraq’s real war of liberation. The one we led five years ago didn’t count.

If anyone had any doubt that our pundit class resides in an utter black hole of amorality (plying their dark arts on behalf of the “pay no price, bear no burden” crowd who ultimately do their bidding), then that sentence should reinforce that fact better than I ever could.

I’m really glad that, to my knowledge, none of these cretins like Friedman ever lived in this country during, say, the late 1940s into the 1950s, or else one of them would be tempted to opine that, “well, World War II didn’t count when it comes to trying to counter ‘the Soviet menace’ since all FDR did was play into Stalin’s hands” while we were trying to conquer one of the darkest military threats the world has ever seen (re: Uncle Adolf and that little goose-stepping bunch of the Wehrmacht, as well as the imperial forces of Japan).

I’ve always believed that there is only one good thing about extremists: They don’t know when to stop.

On that score, I think he may actually be right (here); Bushco is just itching to take on Iran, and this “status of forces” agreement in its current form would help them to do it (and particularly considering the current state of our military, if that isn’t extremism, I don’t know what is).