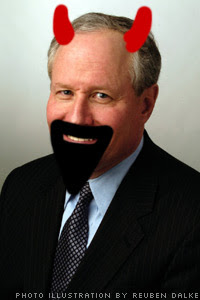 The ad is simple. A mother speaks as she holds her baby boy:

“Hi, John McCain. This is Alex. And he’s my first. So far his talents include trying any new food and chasing after our dog. That, and making my heart pound every time I look at him. And so, John McCain, when you say you would stay in Iraq for 100 years, were you counting on Alex? Because if you were, you can’t have him.”

The MoveOn ad is unapologetic in its selfishness, and barely disguised in its disdain for those who have chosen to serve — and its contempt for those parents who might be proud of sons and daughters who are serving. The ad boldly embraces a vision of a selfish and infantilized America, suggesting that military service and sacrifice are unnecessary and deplorable relics of the past.

If that were true about MoveOn, then I would hardly think they’d enjoy the popularity that they do among currently serving members of our military and those who served previously also, as noted in this post where veterans defended the group after they “slandered a distinguished general officer” according to Kristol Mess.

However, the last time our corporate media lambasted the group so ferociously, Moveon raised about half a million dollars, as noted here. So keep firing away, Bill – you may be the best “rainmaker” the group could ever have!
Posted by doomsy at 8:42 AM