Screwed By The Second Circuit Again 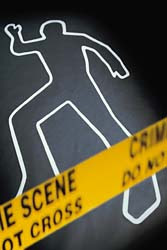 The New York Times tells us here that the U.S. Court of Appeals of New York for the Second Circuit did it again last week. But first, a bit of background.

As noted, the city filed suit against gun manufacturers in 2000, alleging that they had “knowingly flooded illicit, underground markets with their weapons.” and the suit was upheld in December 2005 by Judge Jack B. Weinstein of Federal District Court in Brooklyn.

Enter the Second Circuit (from here)…

The United States Court of Appeals for the Second Circuit, by a 2-to-1 vote, ruled (on 5/1) that the nuisance law (the city argued that the gun makers were in violation of that law) does not count because it does not apply specifically to gun sales. That is a bad reading of the federal law. Congress said only that the state law must be “applicable” to gun sales, and the nuisance law — which prohibits creating a condition that endangers the safety of others — clearly is.

Congress, of course, is also very much to blame, for trying to immunize the gun industry in the first place. It should not insulate its friends from the responsibilities imposed by the civil justice system. The way for the gun industry to protect itself from liability is to obey the law.

And you can add this to the other infamous ruling by the court of Judge Dennis G. Jacobs here, namely that former EPA Administrator Christine Todd Whitman could not be held liable for assuring residents near Ground Zero that the air was safe to breathe, even though U.S. District Judge Deborah A. Batts (whose ruling was overturned by the Second Circuit) said that Whitman’s actions “shocked the conscience.”

The Times encourages Bloomberg to appeal the second circuit ruling, which I believe he should. However, in the event that this ends up with The Supremes, which seems likely to me, I can’t imagine that the court of Hangin’ Judge J.R. is going to be amenable, especially considering that they may end up overturning Washington, D.C.’s gun ban, as noted here.
Posted by doomsy at 12:46 PM