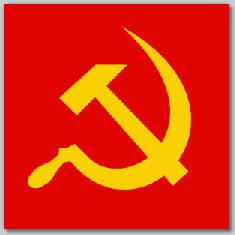 This MSNBC World Blog post tells us that Dmitry Medvedev was recently sworn in as the new Russian president, with Vladimir Putin still very visible and hanging around as prime minister.

While press censorship is extreme in Russia, among other places, it should be noted that a white paper by Russian journalist Boris Nemtsov recently emerged (as noted here, it is not being carried by Russian bookstores, but it is available from the blog La Russophobe).

As the Moscow Times tells us…

After a one-paragraph review of Russia's success -- "true but only the lesser part of the truth" -- the authors launch into an unremitting assault on the crimes, follies and failures of the Putin administration. The central failure was not using the oil windfall to modernize the country's economy, army, health care, education and infrastructure.

Authoritarianism only brought corruption on a colossal scale -- $300 billion a year. Transparency International ranks Russia 143rd on its Corruption Perceptions Index, along with Gambia and Togo. The authors' analysis of the larceny under Putin is sharp, detailed and convincing. They do not hesitate to call his a "criminal system of government."

Meanwhile Russia is dying out. Men can expect to live less than 59 years ("I'm officially dead," a Russian friend said to me on turning 60). The annual numbers are bad -- car accidents (33,000), murder (30,000) and suicide (57,000). Drinking, smoking, poor diet and the lamentable health care system polish off even more.

And as I noted here in March, Our Gal Condi Rice and Bob Gates had an opportunity to meet with leading Russian reformers in an attempt to put some pressure on Putin to try and reacquaint him with the concept of human rights in at least a rudimentary form, but chose not to sit down with the most influential individuals of that country.

What a shame “no one could have predicted” this, even though President George W. Milhous Bush “looked into Vlad’s soul” years ago.
Posted by doomsy at 2:19 PM