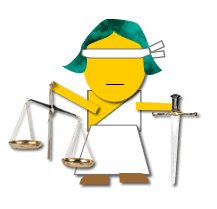 So “Senator Honor And Virtue” criticized Hillary Clinton and Barack Obama for very wisely opposing the nomination of John Roberts to the Supreme Court (a related post is here; glad the two Dem nominees weren’t in that group of 22 senators who caved).

And of course, this gives John W. McBush all the opportunity he needs to crow to the conservative “base” about how he would appoint “non-activist” judges were he the winner of the November election (God help us).

Well, I think Christy Hardin Smith at firedoglake here pretty much “took down” that farcical label here. And in a link to a New York Times editorial nested in her post, we learn that…

A new study supports our fears: Supreme Court nominees present themselves one way at confirmation hearings but act differently on the court.

Justices Antonin Scalia and Clarence Thomas, for example, told the Senate that they had strong respect for Supreme Court precedents. On the court they were the justices most likely to vote to overturn those precedents.

And what of the Hangin’ Judge J.R. court then, of which McCain is so enamored? Well, from here, we learn that it…

And let's not forget the recent farce of the Indiana Voter ID ruling also.

And from the Caucus link, we learn the following from commenter Fran N…

And as far as those who would be “waiting in the wings” for McCain were he given the chance to name them to the bench, we have the following…

And I’m sure that, in a McCain presidency, we would also see the return of individuals such as Miguel Estrada, a lawyer and member of the Federalist Society who has never served as a judge, and who withdrew his name from consideration for the D.C. Court of Appeals in September 2003 (despite the outcry from conservative stalwarts such as Orrin Hatch, Bushco didn’t even go to the trouble of requiring Estrada to complete a job application, as noted by former Dem Senate leader Tom Daschle – I’ll never forget the supremely arrogant look on Estrada’s face as all of this played out at his hearing).

Why does all of this matter exactly, you ask? Well, as this People for the American Way post tells us, The Supremes have the potential to rule on a wide range of issues (some of which was already noted), including civil rights, the environment, free speech, gun control, choice of course, immigrant rights, religious liberty, public education, workers’ rights, disability rights, privacy rights, and campaign finance reform (just for starters).

And this Open Left link tells us that the matter of the composition of our courts, in particular our highest one, can “galvanize Democrats as no other can” (and more reasons to be concerned are here).

So for that reason, we should probably encourage that “straight-talking maverick” to expound on this matter every chance we get. It will emphasize even more that the enemy is not either Hillary Clinton or Barack Obama, but the senator from Arizona who would continue the catastrophic Bushco reign for at least four more years.

Update: I've had issues with Nat Hentoff in the past, but I think he's spot-on here.
Posted by doomsy at 9:45 AM