Christie Todd And The Judge's "Smog" Of Fraud 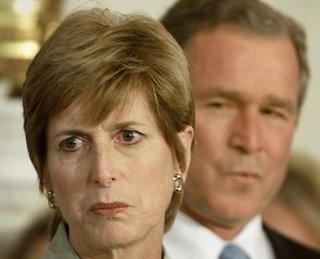 ..cannot be held liable for assuring residents near the burning detritus of the World Trade Center after the 2001 attacks that the air was safe to breathe, a federal appeals court ruled Tuesday.

Because Whitman did not intend to cause harm, a panel of judges on the U.S. Court of Appeals for the 2nd Circuit said, her message did not "shock the conscience" to the degree necessary to waive her immunity as a federal official.

(The phrase “shocked the conscience” was used by U.S. District Judge Deborah A. Batts, who allowed the lawsuit against Whitman to proceed in February 2006, hence the wording of the 2nd Circuit Court, as the Post tells us.)

Three days after the attacks of Sept. 11, 2001, Whitman told reporters, "The good news continues to be that air samples we have taken have all been at levels that cause us no concern."

And on Sept. 18, 2001, she reassured residents that their air "is safe to breathe and their water is safe to drink." Whitman later testified in congressional hearings that she was talking about the air of Lower Manhattan generally, not Ground Zero specifically.

That’s disgusting, of course, and a total copout (a prior related post is here).

"She caused thousands of residents, workers and first responders to suffer injury and, in some cases, death, due to unnecessary exposure to toxins released by the collapse of the World Trade Center buildings," said Rep. Jerrold Nadler (D-N.Y.), who held hearings on the federal government's management of the crisis at which Whitman testified. 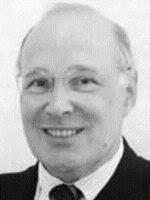 And by the way, I thought you’d be interested to learn more about the U.S. Court of Appeals for the 2nd Circuit, which basically thumbed its collective nose at the plaintiffs suffering because of Whitman’s negligence; this tells us that the chief judge of the court is Dennis G. Jacobs, who was nominated to serve on the second circuit by Poppy Bush in 1992 and became Chief Judge on October 1, 2006.

And why exactly am I mentioning this? Well, according to the Sun...

Widely recognized as one of the more conservative jurists on the 2nd Circuit, Judge Jacobs, 63, became chief judge when his predecessor, Judge John Walker, took senior status (in September 2006).

And boy, let me tell you what a swell guy Judge Jacobs is, people.

This New York Times story from 1998 reports that Jacobs ruled that Connecticut, New York and Vermont could deny some Medicaid funds to severely disabled poor people…

The judge conceded that these rulings could have dire effects. Early discharge from a hospital, he said, ''would be a death sentence for some patients.''

But Judge Jacobs added that those people who could not get Medicaid to cover their needs could ''seek other resources in the community.''

No word from the judge on what those “other resources in the community” could be, of course.

And this tells us not only that Judge Jacobs thinks the free speech claims of a student newspaper are “silly,” but that he doesn’t read judicial opinions (huh?).

In other words, given Bushco’s lunatic logic, Judge Jacobs is the perfect person to absolve Whitman of her criminal Ground Zero negligence (an individual with perhaps only a passing familiarity with fair administration of the law).

Considering all of this, I believe, Your Honor, that in addition to the WTC site, ample “detritus” can be found in your legal opinions as well.
Posted by doomsy at 1:01 PM