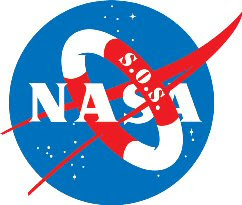 Add Robert Cobb to the looong list of Bushco lickspittles and hangers-on who’ve been assigned to roles in government for which they are, apparently, sorely unprepared; Cobb is currently the inspector general for NASA, assigned to oversee a staff of inspectors and auditors monitoring safety and working conditions with the agency.

What makes Cobb a bad apple in this case, you ask?

Well, in addition to berating and attempting to intimidate his staff so that they would end up doing their jobs badly or not at all, he also became quite cozy with former administrator Sean O’Keefe to the point where (as noted in this Orlando Sentinel editorial) they “golfed, dined, and traveled together.”

And try taking a look at Cobb’s bio here to see if you can find any prior experience managing a government agency of any type in some compliance or monitoring function (oh, but he was an adviser on Dubya’s “Integrity and Efficiency” Council, wasn’t he…so much snark, so little time, I know).

And Cobb was confirmed for his job about five years ago in 2002, and the Columbia disaster took place in 2003 (I’m just stating facts here; draw your own conclusions if you will, I don’t want to “go there” without any proof of anything).

The Orlando Sentinel is a pretty conservative paper, by the way, and Bill Nelson has definitely acted as a Repug-lite from time to time, so if these individuals are telling you it’s time, then, like it is with Abu Gonzales at this point, it’s time.

Update: This is the post Prof. Marcus referred to in the comment on Carl Levin – easy to forget that Bushco has too many hacks like Cobb involved in supposedly non-partisan agencies for it to be merely coincidental incompetence; I know the Kagro X post applies to the Justice Department, but you've got people like Cobb whose job it is to pledge undying loyalty to the Repugs (and take down all Dems in the process, as noted by Atrios) everywhere in our government now, not just NASA and DOJ.
Posted by doomsy at 2:36 PM