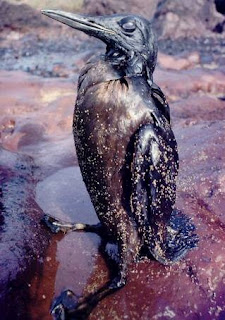 And if you guessed that that quote came from bubble headed White House PR flak Dana Perino, then you’ve earned a spot in the front row for Dubya’s next press conference (assuming he has one), right next to David Gregory and the designated humanoid from Fox Noise (based on this New York Times story today).

See, the Repugs, desperate as they are to tar the Dems for this fall’s elections, now believe that giving some states the right to open up their coasts for oil drilling is a winner for them, with Perino adding that, “The president believes Congress shouldn’t waste any more time (on the issue).”

I guess they’re changing their tune now because the ultra-idiotic talking point of “well, we’d better do something, because the Chinese are drilling for oil off our coasts as part of an agreement with Cuba,” has been completely exposed as a lie (here).

Why our representatives on Capitol Hill still feel that they should give this bunch of outlaws anything at this point is a complete and utter mystery to me (not just on FISA, but everything else as well).

The Times story states that the congressional moratorium on drilling was first instituted in 1982, supplemented by an executive order from Poppy Bush in 1990 and another by Bill Clinton in 1998 (with Dubya chief of staff Joshua Bolten – still ignoring a Congressional subpoena along with Harriet Miers – telling his boss to lift Clinton’s order).

Fortunately, McClatchy brings us some reality on this issue here, as follows…

Even if states let drilling proceed, it would take years before new oil would flow.

Even if permission were granted, oil companies would have to find it worthwhile economically to drill; that's probably not a problem if prices stay high, but could be questionable if they fall again, as they did in the 1980s and '90s.

If companies found significant amounts of oil, some question whether this country has enough refining capacity to handle the new supply. The nation has slightly fewer refineries than it did in the mid-1980s.

Opponents fear environmental damage, especially to beaches that are essential parts of coastal-state economies and cultures. The key reason for a federal moratorium, Pope said, is that "one state could jeopardize beaches in neighboring states with risky offshore drilling."

A spill off the Virginia coast, for instance, "would impact beaches, marine life and tourism in New Jersey."

The Rainforest Action Network notes that even without a spill, a single oil rig can dump more than 99,000 tons of drilling fluid and metal cuttings into the ocean.

And by the way, Think Progress tells us here that both Dubya and John McBush have supported the ban (and PA Repug House Rep John Peterson has been trying to get the ban overturned for years according to the Times; that’s interesting given that PA is a landlocked state – guess he was too busy in that effort to secure enough federal dollars for PA mass transit, as noted here).
Posted by doomsy at 8:27 AM