Stop A Scandal Before It Starts 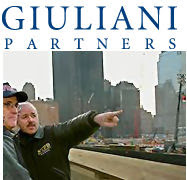 On the one hand, reporter Leslie Wayne of the New York Times here is holding John Edwards’ feet to the fire, as it were, in what could be an appropriate manner by reporting that...

“Mr. Edwards would divest his portfolio at a New York hedge fund of investments in subprime mortgage companies that have foreclosed on victims of Hurricane Katrina. But the campaign said he would keep his $16 million investment in the hedge fund, the Fortress Investment Group”...

Edwards has (faithfully, I believe) campaigned as the candidate who will go against special interests who (he believes, and I, again, agree) have held sway to our detriment during this dark Bushco years.

On the other hand, it is crystal clear that Wayne is looking for a scandal. The problem is that, as someone said, “there’s no ‘there’ there,” though with lines like, “Mr. Edwards’s relationship with Fortress has become a recurring campaign issue,” she plainly wishes there was.

So what exactly is, “the issue”? That there are those who think Edwards is trying to have it both ways by raising money to wage an expensive presidential campaign (redundant?) while campaigning as a populist? That’s not an “issue,” it’s a Republican Party talking point.

Hedge funds like Fortress, which are thinly regulated pools of often risky investments, have come under increasing attack lately. They have been criticized for the high salaries they pay their top executives and for the role their subprime mortgage loans have played in the expanding credit crisis that is causing turmoil in the financial markets. They have also faced criticism for the low tax rate — about half that of ordinary income tax rates — on compensation paid their executives.

And how is any of this the fault of John Edwards? How is he personally (aside from his campaign) benefiting from this?

Well, I’ll tell you what; since I know those questions aren’t going to be answered, let’s try to be a little bit pre-emptive here when it comes to potential conflict of interest among presidential candidates, OK?

I posted last week on the New Yorker article about Rudy Giuliani (busy day for Rudy!) written by Peter J. Boyer. However, I neglected to mention something Boyer pointed out.

Among the other Repug boilerplate positions on important issues (in this case, immigration, more important than the war to most Repugs, amazingly enough – that’s more than a bit insulting for the “Support Our Troops” party to abandon our military like that), Boyer informs us that…

As for securing the border, Giuliani proposes the construction of what he calls “a technological fence,” which he insists would be more effective than a simple physical barrier. Giuliani’s security division (of Giuliani Partners, L.L.C.) is a part owner of a company that is developing such technology with the defense contractor Raytheon. The innovation is a sensor-based platform that can be launched aloft and will “see” a twenty-kilometer area, in a three-hundred-and-sixty degree panorama. “It will be able to conduct a surveillance, actually,” a person familiar with the project told me. “It will follow an individual, or follow a car, at very far distances.” Giuliani emphasized to me, “It doesn’t have to be that technology. We have no desire to have Raytheon benefit or whatever. There are a hundred other technologies similar to that, with the ability to process data and communicate.”

We knew that surveillance of Americans and interception of our communications is turning out to be big business for Repug-friendly corporations (probably explains the conduct of some of the chicken Dems on FISA, trying to get a piece of the action also), and this fits in quite nicely for Rudy!, ensuring a nice little payday in the event that he has to settle for that as a consolation prize to losing the Presidency next year (assuming he’s the nominee from this particularly awful Repug field, and also assuming his company gets the award or a piece thereof).

But considering all of this, I have a request of a reporter covering Giuliani (any reporter; I’m not picky).

Since John Edwards is facing such scrutiny over how much of his Fortress holdings could be commingled somehow with those of subprime mortgage lenders, especially those who have foreclosed on victims of Hurricane Katrina (and again, I don’t know how he is supposed to find a way to properly divest or liquidate his holdings to the satisfaction of Leslie Wayne or anyone else – can we instead focus on why some of Katrina’s victims are still in such dire straits? Isn’t THAT more of a story?), I think Rudy! should be held to the same standard in his financial dealings.

So here’s what I want to see; I want someone from our corporate media to ask Giuliani to call for open, competitive government-issued bids to build this “technological fence” he’s talking about, particularly since Bushco has been so lax in this regard. And none of this “cost plus” crap – I want to see fixed price awards to any company involved in this project, with mandatory onsite review and reporting before Congress contingent to future funding.

I know that, in the event of (God help us) a Rudy! presidency, he would have to step down as Chairman and C.E.O. of Giuliani Partners and put his holdings into a blind trust. But his company (or any other company) should be held to the strictest financial and ethical standards when performing this job or any other for the U.S. government.

That, supposedly, is what being a fiscal conservative is all about (people who traditionally side with the Republican Party, anyway). My guess, though, is that Rudy! has already imbibed in the Kool Aid to the point where he is now a neocon in a “moderate” disguise.

All of this should be more motivation to do what we can for the Democrats, even though they don’t deserve it at times as we know; please let’s all do what we can on that, because I’m already fed up with contemplating the possibility of “America’s Mayor” in the Oval Office.
Posted by doomsy at 1:08 PM