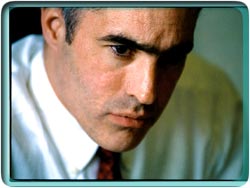 I forgave you for taking a total pass on that so-called “Justice Sunday” farce that took place in Philadelphia featuring Senator Man-On-Dog during the campaign last year (while your primary opponent Chuck Pennacchio rightly opposed it in person).

I looked the other way (tried to, anyway) when you resurrected one of the all-time “zombie lies that never die” about your father being denied the opportunity to speak at the 1992 Democratic Convention because he opposed abortion (he opposed Bill Clinton for the nomination, so he wasn’t given a chance to speak from the podium; that’s as old a tradition as politics itself).

I cringed over your opposition to federal funding of embryonic stem cell research because a lot of that scientific study has now moved offshore along with the jobs that go with it, though I made an attempt to understand how you could seriously think that such funding would actually lead to an increase in abortions.

I seethed while you refused to support the Reid-Feingold amendment to begin redeploying our troops and cutting off funding for the Iraq war next March.

Update 8/15: I should be fair and note that Casey voted for HR 1585 here to start withdrawing troops, though the measure didn't advance because it didn't receive the required 60 votes to break the Repug filibuster, but only 52; however, as far as I'm concerned, Casey is still at fault because he did the right thing but two months later than he should have.

And now, to top it off, you voted to gut FISA along with some other notable chicken Dems in the Senate (still can’t believe Jim Webb is part of this bunch).

“Sideshow Bob” Casey, at this moment, I consider you to be a total failure.

Oh sure, you signed on to support the Employee Free Choice Act and supported expansion of SCHIP (the former never made it because of the evil influence of Mr. Elaine Chao and President Numbskull has vowed to veto the other).

That’s good, but guess what? Those are no-brainer votes for Democrats. I refuse to give you special credit for either one.

I suppose it hasn’t truly occurred to you yet the nature of the political-media-industrial complex in which you are immersed in Washington, D.C. Here’s a simple rule you should memorize and let sink into your head; as a Democrat, you aren’t going to get credit from anyone (aside from your constituents, of course).

By playing ball with the Repugs, do you think that will earn their respect? Hell no! At this moment, they’re back in their states crowing about how they steamrolled the Dems and kept you in line and how they will always be the party to protect America (and they will be joined by their House brethren doing the same thing in their districts). And if you had done the right thing and stood up to them, they would have called you all terrorist-loving cowards anyway (aside from the politicians, I mean the right-wing bloviators as well, of course, erupting on cue to spread their bile all over the country before you and the other clueless members of your party have realized that they’ve even opened their big mouths).

Go back to the post I linked to above that lists the name of every unworthy Democrat who, when given the opportunity to stand up, keeled over instead to President 25 Percent Mandate (or whatever his pitiful approval rating is now). Then, read the post by Meteor Blades at The Daily Kos that articulates everything I’m tempted to say over again here.

Better yet, here’s something easier; just pick out the quote from the great Dem U.S. House rep Rush Holt of New Jersey in this story; Holt summed up his vote against hacking the legal protections out of FISA as follows…

“Legislation should not be passed in response to fear-mongering.”

Now I’ll grant you that Holt has more experience in Congress than you do, but many of your fellow Senate Dems understood this instinctively and voted the right way. They offered a compromise to the crooked cabal running our government that would have ensured that the FISA warrants were overseen by a FISA court, but of course Bushco walked away from it. And at that point, you and the rest of Congress should have done the exact same thing.

(Oh, and by the way, please spare me Rahm Emanuel and his “we won’t wait 6 months to come back to this” garbage. You know what will happen, Rahm? Dubya will call you guys names again, the congressional Repugs will follow suit, and then so will the usual coterie of media bottom-feeders, and you guys will chicken out again. I dare you to prove me wrong.)

But no, Bob, not you. You caved. You bailed. You passed.

The terrorist surveillance program, Taylor ruled, violates the First Amendment's right to freedom of expression and the Fourth Amendment right to privacy--that is, freedom from unreasonable searches. It also ignores requirements of a 1978 electronic wiretapping law known as the Foreign Intelligence Surveillance Act (FISA) and represents an overstepping of presidential powers, she wrote.

"There are no hereditary kings in America and no powers not created by the Constitution," the judge wrote, dismissing the Bush administration's argument that the warrantless program falls within the president's inherent wartime powers as commander in chief.

And do you know what happened as a result? Judge Taylor was promptly vilified quite thoroughly by every right-wing politician and media outlet in the country. And somehow I have a feeling that she was not particularly bothered by that; at least, that did not appear to be the case.

She stood up and did the right thing. Unlike you.

So I hope you enjoy a nice recess, Bob. I hope you are able to explain to your constituents how sacrificing the precious freedoms guaranteed to us by our founders helps ensure our safety (and don’t bother to wonder whether or not Bushco will abuse the freedom you so stupidly gave to them – you know they will).

By the way, Bob, speaking of the Constitution (the cornerstone of our government and our way of life, as I hope you know) the Constitutional Convention began to debate a draft of that document 220 years ago today in Philadelphia. It would have been nice if you had honored the intent of the authors who risked their lives standing up to another tyrant named George all those years ago.

Update 8/7: I second, third, fourth and fifth this editorial from today's New York Times.
Posted by doomsy at 2:03 PM

the Democrats have been so busy lately not being soft on terror, that they've forgotten to be strong on the Constitution. The FISA thing is just the latest betrayal. I'm starting to think that they're far more interested in maintaining the status quo than they would have us believe. At least the Republicans are fairly honest in their hate for the public.

There are individuals in the party who are notable, but otherwise, it's hard to argue against your point. Thanks.