Who's Their Inspiration, I Wonder? 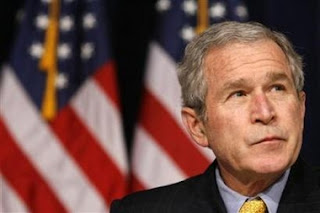 Gee, let me think; a children's book about a boy who doesn't want to read, huh?

(Oh, right, it's based on "their experiences as teachers" - suuuure.)

Well, if Laura and Jenna Bush want to write it based on what they know (or should know about our country's recent history, anyway), it could go something like this...

Once upon a time, there was a little boy who was very incurious about the world. He lived a sheltered life of prosperity and only knew a few people like those in his own family. They all had similar beliefs and were equally incurious about the lives of people other than themselves.

The boy's father had served our country in the military and government service for years, and the son served in a peacetime national guard position, though there are records missing that would probably answer questions about what exactly he did when he was supposed to be defending our country (oh, and he managed to avoid fighting in a war, like many other sons of privilege at that time).

After that, he was set up in an oil business by friends of his father. He merged with another business that paid off his debts, but when the new company composed of his own and the company that saved him started to sink, he made a hefty profit and let the new company go bankrupt. Because of his father's connections, he also made friends who had the same kind of business in politically unstable countries halfway around the world.

When every business he tried to run failed, more friends of his father came along and asked him if they wanted him to act like he owned a professional baseball team, though he in fact had only a minority interest. He said yes and found out that he liked talking to people and pretending to be their friends. Eventually, he was asked to give up his ownership share in the baseball team and take a job as governor of the state of Texas (the baseball team, by the way, traded away one of the game's greatest hitters and basically has never amounted to anything...all of its other star players eventually left).

His lack of desire to read or apply himself as a boy affected his entire life, because he continually found himself in a position where other influential people (all friends of his father) decided what he should do instead of himself. And one day, as his time as governor neared an end, more friends of his father asked him if he wanted to be President of the United States. And as always, he said yes.

So his friends made sure the media reported that he was a regular guy just like every other voter, and they told him to make fun of the previous president and vice-president everywhere he could, thinking that he could do what he wanted as president and be as successful as his predecessors.

And it never occurred to him, as usual, that the people talking him into all of these jobs did so in order to get him to do what they wanted. And what they wanted him to do was attack a country called Iraq to get its oil, and they knew he could persuade people in all of the ways that he persuaded people when he ran his baseball team, and the media would do everything they could to make him look good.

So he ended up getting the job as president with help from some lawyers and more friends in the state of Florida, and after the worst terrorist attack in our country's history, brought about partly because of his refusal to read and understand a security brief a month before the attack, he decided to invade the country that his friends wanted him to attack in the first place.

So he started the war and everything looked fine for a few months after it started, but then everything went wrong because there was neither a plan for victory nor a plan in the event of failure. And there were no such plans because he didn't ask for them. And he didn't ask for them because he didn't think he'd need them. And he didn't think he'd need them because he didn't have a desire to learn about what had happened to other leaders who launched wars for reasons that, over time, were revealed as lies. And as a result of his lack of desire to learn, thousands of people have been killed, maimed, displaced, and are now predisposed to hate our country and quite possibly attack us again one day. 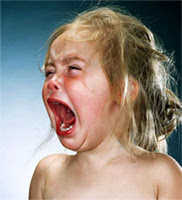 Well, sorry - I know it isn't very happy, but at least it's true (if you want cute stories by Eric Carle about fat caterpillars or creatures by Maurice Sendak that look like they were inspired by a hangover or a night in detox, go somewhere else).
Posted by doomsy at 9:01 PM