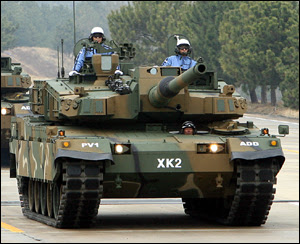 More Bushco distortions and evasions coming up (from here)…

MS. PERINO: Hello. I have nothing to start with, so --

Q Is the United States concerned about Turkey's plans to conduct military operations in Iraq in pursuit of Kurdish rebels?

MS. PERINO: You're talking about the action they're discussing in their parliament today?

MS. PERINO: Let me go back a couple steps. We have long been supportive of Turkey, to make sure they have what they need in order to stop terrorist activity in northern Iraq. And the Iraqi government is in agreement with that, as well. And on September 28th, the Turks and the Iraqis came together on an agreement to work together, cooperatively, against terrorism. We're supportive of those efforts. And I think it's hypothetically charged to talk about an incursion or an invasion, so I think I'll decline to comment on that.

Leave it to Bushco to typically avoid the question in a preamble of sorts to its actual answer, and then huffily decline to give the answer anyway.

Well, here is the issue pertaining to the question (in particular)…

Turkish Prime Minister Recep Tayyip Erdogan has given the green light for possible military action against Kurdish rebels based in northern Iraq, drawing a warning from the United States, which fears wider regional instability.

The ruling AK Party said it would request, as soon as possible, Parliament's authorisation for a major incursion into the mainly Kurdish region, Turkish private broadcasters CNN Turk and NTV reported.

The US has urged the hold off on unilateral action, fearing it could destabilise Iraq's most peaceful area and potentially the wider region.

Mr Erdogan is under pressure from Turkey's powerful armed forces and the Opposition to take action against rebels of the outlawed Kurdistan Workers Party (PKK) after they shot dead 13 soldiers on Sunday near the Iraqi border.

And as noted here…

If Turkey did invade northern Iraq, the incursion would not lack precedent. In 1995 and 1997, Turkey used 35,000 soldiers to conduct raids against the PKK (Kurdistan Worker's Party). In both cases they remained in Iraq for fewer than 60 days and did not completely eradicate the Kurdish elements that they claimed were responsible for conducting attacks. A future invasion would be similar: a short incursion with limited success. Indeed, an incursion by Turkish forces against PKK elements would violate the new perception of territorial sovereignty that has grown in Kurdistan since the U.S. invasion of Iraq.

While most Kurds in northern Iraq are not members of the PKK, a perceived violation of territorial sovereignty of Kurdistan would unify the Kurdish population to either support the PKK to a greater extent or develop an increased Kurdish independence movement. Without the support of the Kurdish population, especially their military, the unity and stabilization of Iraq will be severely inhibited, requiring either more U.S. military forces to fill in the gaps left by the Kurdish troops or instigating a civil war that could spread throughout the region. The Kurdish population is one of the only stable influences in Iraq and the loss of their support would reverberate throughout Iraq, Iran and Syria.

Turkey's invasion of Iraq would have limited benefits for Turkey and disastrous implications for Iraq. The violation of state sovereignty that a Turkish incursion represents would present the Iraqi government as ineffectual and unable to protect its own borders. Jalal Talabani, the president of Iraq, would be forced into a difficult position, having to choose between his ethnic group and his country. Turkey would gain little more than a minor disruption of PKK activity and would ultimately foster increased hostility from the Kurdish community, including the possibility of establishing an open policy of support for Kurdish separatists in other countries.

And how much do you want to bet that, when the Turkish army invades Kurdistan, Perino will be one of the first to claim that “no one could have foreseen this”? It will suddenly be a hell of a lot more than "hypothetically charged" when bombs start blowing up Kurdish homes and people are getting killed.
Posted by doomsy at 2:16 PM