LMT And The Deer Hunters 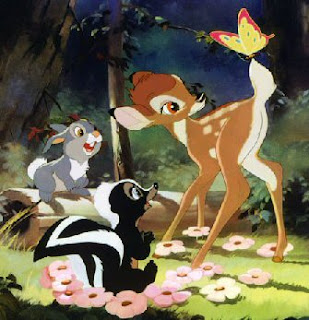 Columnist Kate Fratti of the Bucks County Courier Times weighs in here with more than a bit of an attitude about the proposed deer hunt for Lower Makefield Township to thin the population (no further information available at the moment). And in her column, she also takes the following shot at township residents who have complained about train horns in the dead of night and fire engine sirens at LMT supervisor meetings…

Listen to them speak, and there's no mistaking these are important people around whom the planet should revolve. Arrogant people.

In some cases I’m sure, but I would call that just a bit of a generalization.

We know of people affected by the issues she’s noted, and we have a familiarity ourselves by varying degrees – you’re going to hear the train in most parts of this township as well as areas of Yardley borough, and I’m not sure how much can be done about that (I also know of people who have complained when the trucks arrived early in the morning to haul away recycled items).

Fratti, however, makes it sound as if the complainers all like in lush, vernal surroundings who bitch about any inconvenience at every opportunity. However, we know people like ourselves who aren’t rich and have told the supervisors that they need help with the deer causing damage to their property and, yes, eating their gardens (particularly in the Yardley Corners development). And we also know of people who have to sleep in the basements of their town homes because the CSX train operators sit on their horns from a quarter of a mile away.

(The train issue is kind of a long story; as far as I know based on the last time I checked on this, there is a federal standard that must be met concerning the horn decibel level, not for time or distance of using the horn. I’m not sure how that can be regulated; I think all we can do is hope and pray the train operator has a lick of common sense.)

Yes, I know the deer were here first, and yes, blame the developers for clearing away their habitat if you want. But the LMT supervisors are trying to address the overpopulation issue by thinning the herd as efficiently as possible, which is necessary from time to time.

I know nobody wants to kill Bambi. But sometimes, you have to, and male-bashing demagoguery isn’t going to solve the problem.
Posted by doomsy at 3:25 PM