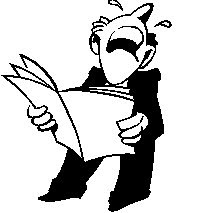 The Philadelphia Inquirer has provided a lot of material to keep me busy today, so I’d better get started.

This story on the front page has to do with the shooting of Air Force Senior Airman Jonathan Schrieken in Willingboro, NJ on July 4th. The story tells us that Schrieken was “fighting for his life” afterwards, but he has since been released from Cooper University Hospital. The shooter, Matthew Marren of Pennsauken, NJ, killed himself soon after shooting Schrieken with his 25 mm semiautomatic handgun, presumably with the same weapon.

Willingboro police continue to investigate this shooting, and that really should be the end of it. However, the freepers have jumped all over this, so you know they’ve propagandized this to the hilt. As noted in the story…

Within days of the incident, cyberspace was burning with criticism of the media for underplaying the story and failing to report the reason for the shooting.

Bloggers cited two notes left by Marren - in his car and at home - that reportedly blasted the government and military. The general content was revealed by Marren's Trion, Ga., aunt in a story on the Web site PhillyBurbs.com. The aunt said he "wanted to make a statement" on Independence Day.

"Now, imagine the scenario flipped: What if a soldier had attempted to murder a peace activist over the holidays in order to 'make a statement?' " wrote (Michelle, of course) Malkin in a July 11 piece titled "When Peaceniks Attack, Journalists Snooze" on Townhall.com. "The [New York] Times would be holding a front-page vigil, and Katie Couric's brow would be furrowed for a week."

The Little Green Footballs blog ran a July 10 posting that said "authorities and media are doing their best to downplay and cover up the shooter's motivation."

Another blog, baldilocks, said in a July 8 posting called "Dropping the Mask": "I guess that 'supporting the troops' is starting to become difficult to pull off."

And in a July 8 posting on the military blog, Black Five, a writer called on readers to "keep this airman in your thoughts, prayers, meditations, or whatever it is you do . . . I ask that the name of the shooter and discussions about them not be placed in the comments (at the Black Five site), as this isn't the place for them: It's about Jonathan Schrieken."

Now, let’s hear from the reality-based community once more…

"No motive has been determined," said Jack Smith, a spokesman for the Burlington County Prosecutor's Office. "They [investigators] are still indicating that it was an act of random violence."

Yesterday, Smith...described Marren's final words (in his two notes) as "rambling. There was no mention of the military, the war in Iraq or the victim being a soldier.

And that is usually the case with this crowd (and there’s no way I’m going to extend the courtesy of linking to any of them – at least someone at Black Five told everyone to concentrate on Schrieken instead of the attendant circus that has been created).

I’m not blaming Colimore here, since he’s written a hard news story that brings us the details. However, I am taking his editor to task, as well as managing editor Bill Marimow, for not having enough sense to smell how rotten this freeper garbage truly is.

So Marren’s “aunt” revealed the content of the notes by Marren before he shot Schrieken? At what point were these letters turned over to law enforcement (at Trion. Ga., presumably)? Did the “aunt” ever communicate to anyone something along the lines of “Hey, my grandson is nuts, and he’s sending off signals like he wants to shoot somebody”?

And I’m going to put aside Malkin’s childish hypothetical of a soldier shooting a peace activist since, as Jack Smith of the Burlington County prosecutor’s office noted above, there’s no evidence supporting Malkin’s notion that there was any intent by Marren to shoot Schrieken, so there’s no reason to even “go there” (and Malkin’s flunkies such as Little Green Snotballs and the others barely deserve a mention here also).

There are so many ways I could demonstrate that Malkin and her crowd don’t know what they’re talking about, but I’ll present one name to you for consideration: Jamil Hussein.

As noted here, a story was reported by the AP earlier this year that Shiite militiamen in Iraq had "grabbed six Sunnis as they left Friday worship services, doused them with kerosene and burned them alive near Iraqi soldiers who did not intervene." The source for the story was Hussein, an Iraqi police captain.

Here’s more on this…

Once Iraqi government and U.S. military officials claimed they had no records of a police officer named Jamil Hussein, warbloggers, led by Michelle Malkin and supported by Instapundit, Powerline, Confederate Yankee, and numerous others, announced that Hussein was a phony source the AP had used in order to spread insurgent "propaganda." The search for Hussein became so all-consuming that Malkin announced this week that she was going to travel to Iraq in order to prove he did not exist.

Some triumphant warbloggers even demanded that AP executive editor Kathleen Carroll resign in the wake of the so-called scandal.

Warbloggers, who enthusiastically supported the invasion of Iraq, have tried to expand the Hussein controversy to suggest that if AP had used a "fake" source, then news consumers could not believe anything the AP reported about Iraq and its bloody disintegration. "Quite literally, almost all AP reporting from Iraq not verified from reporters of other news organizations is now suspect, and with good reason," wrote warblogger Bob Owens.

Added warblogger Curt at Flopping Aces, who '"broke," the Hussein story in November, "NO story we get out of Iraq can be trusted anymore until the news services admit their mistakes and quit using these biased sources."

But the bottom fell out…when the Iraqi government flip-flopped and suddenly confirmed Hussein's existence. In fact, he was under arrest for doing what warbloggers insisted Hussein could never do in the first place -- talk to reporters…

Also, the Inquirer seems to have no qualms whatsoever about providing a soapbox for these journalistically disreputable characters. With that in mind, here is what Eric Boehlert asked in February here (he was directing it to the Washington Post, which had run a feature on conservative bloggers, but he could easily have directed it to the Inquirer also)…

Where, in the last two years, has the Post's Style section run a feature on Markos "Kos" Moulitsas Zuniga, whose DailyKos.com is the most popular political blog in the world? Where was the feature on progressive wunderkind organizer Matt Stoller, one of the forces behind the widely read MyDD website? Or pioneers like Eric Alterman (a Media Matters for America senior fellow) and Josh Marshall, who were among the first to establish progressive outposts online? Or John Amato, who revolutionized political blogging by posting video clips on his Crooks and Liars website, which, according to one recent survey, was the 10th most-linked-to political website in the world? Or Jane Hamsher, who founded influential firedoglake.com, and who's been leading a team live-blogging the Scooter Libby trial? Or Duncan Black (a Media Matters senior fellow), whose hugely popular blog, Eschaton, remains an online must-read? Or John Aravosis, the progressive activist who runs AMERICAblog and just a few weeks ago forced the candy giant Mars to yank online Snickers ads after Aravosis and others tagged them as anti-gay? (Full disclosure: I know most of those bloggers on a personal basis.)

There are many others that could be added to that group, including Glenn Greenwald, The Brad Blog, Talk Left, Liberal Oasis, the Center for American Progress, etc. All of these people are committed to telling the story straight, as opposed to packaging rumor and innuendo as fact.

The right-wing online hit squad has dedicated its existence to manufacturing smokescreens any way they can. When they are exposed to the truth, they simple move on to ply their dark art over something else. Not much more to say about it than that.

Update 7/20: I'm sure I'll be dumping on the Inky again at some point, but for now, kudos to them for this editorial.
Posted by doomsy at 9:23 AM

You may not wish to link to me (I have no problem with that), but as you may know, there are methods of finding out that someone has mentioned another's handle.

I am open to the idea that the perp may have been merely a sick person. But after having been called the n-word while wearing Uncle Sam's uniform, having been treated otherwise rudely due to wearing that uniform and after having observed and commented as members of the professional class of opinion-makers display their disdain for those of us who wear said uniform, I may need more convincing that this person was merely a nutcase.

According to LGF, one of Schrieken's acquaitances claims that the perp did indeed express hostility--in written form--toward the military, in spite of what has been officially reported.

However, I'm willing to wait and see what may come out in the near future. Don't be shy about telling me that I'm wrong, should that prove to true (baldilocks@sbcglobal.net).

For the record, I will never condone anyone's rudeness towards a member of our military. Also, LGF has no credibility with me whatsoever. My point is that the people causing the dustup should be quiet and let law enforcement do its job in this matter. If it turns out somehow that Schrieken was targeted by the shooter - which I seriously doubt - then I will acknowledge it (and by the way, I would say the same thing about bloggers interfering in a law enforcement matter whether or not they came from "the left" or "the right").