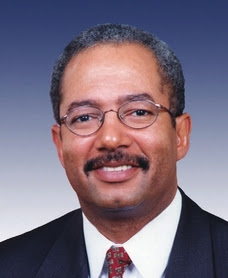 I’ve been beating up the Philadelphia Inquirer all week, and deservedly so, but I have to give them credit for a headline they wrote about the arrival of Phillies pitcher Jon Lieber at spring training camp yesterday that I’m lifting (sort of ) for here. Also, I try to stay out of the politics of the city of Philadelphia, but this affects me, so here goes...

Mayoral candidate Chaka Fattah yesterday proposed examining a "congestion charge" that would require drivers to pay to bring their cars into traffic-clogged parts of central Philadelphia at peak hours.

Fattah offered few specifics about what his plan would cost or just how it would be implemented. He said he hoped only to "study" the idea.

"We cannot have a city in which everyone expects to be able to drive their car everywhere they want to go," Fattah said.

Fattah's idea is modeled on a program that has slashed vehicular traffic and commute times in London since its introduction in 2003. Drivers of private cars pay the equivalent of $16 every day that they enter the central areas of the British capital between 7 a.m. and 6:30 p.m.

The roughly $176 million annual take is plowed into improving public transportation, which is how an estimated 90 percent of workers in the "charging zone" get to the office.

In the English model, a series of 230 cameras posted around the area capture the license-plate numbers of cars entering the zone. Drivers must pay that same day via the Internet, mobile phone, or at post offices and selected stores. Fines are levied on those who don't pay on time.

Try to imagine the enforcement nightmare Philadelphia would face over something like this, by the way.

And I finally found a voice of reason at this newspaper on civic issues, and that would be Inga Saffron, who is the paper’s architecture critic (she should be the common sense critic also).

Also, the model Fattah uses is London, which is silly. London is hugely congested during the day but largely empties out at nighttime, to say nothing of the fact that that city’s commuters during the day are primarily working people, skewed heavily that way versus other types of commuters – London also has a much more efficient mass transit alternative. With Philadelphia, you have heavy commuter traffic but lots of tourist and other pedestrian traffic, mainly during the day but heavily at all hours also, to say nothing of the fact that our country as a whole, right or wrong, is more car-centric anyway.

The last time we visited the city was on the Martin Luther King day; the young one and I went to The Franklin Institute and The Academy of Natural Sciences. These places and many others in Philadelphia had a lot of extra volume because kids and many of their parents were off. We had to look hard for parking though we found it, but when we left, it turns out we had exceeded the normal two-hour rate of $18 by about five minutes, and the daily rate of $24 kicked in, and that’s what we had to pay (all the rates were posted, so I really couldn’t argue).

If Fattah’s plan or something like it were implemented right now with nothing else to improve transit in this city (and I would have had to pay more on top of $24), I can tell you that the young one and I might not ever visit Philadelphia again, which would be truly awful. But Saffron states that Pennsylvania has to get serious about funding SEPTA, and the next mayor should make that a priority also (absolutely right, but that’s been the refrain for as long as I can remember) before even considering measures as harsh as what Fattah proposes. I wonder about some of Saffron’s other ideas about parking, but she sees that the status quo is unacceptable, and I give her credit for that.
Posted by doomsy at 3:21 PM