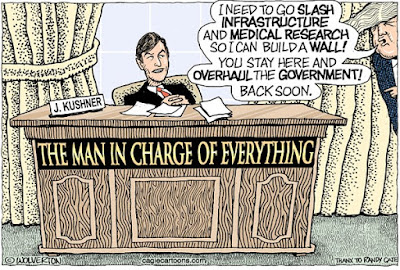 I said earlier that the Trumpsters aren’t dumb enough to do things that will metaphorically hang themselves, but after this, I’m not so sure…

…and Ana and company at TYT gives us more background on Kushner and Russia (a little behind the news cycle on this, which seems to be spinning out of control - kudos to Ben at the very end)…

…oh, and as far as I’m concerned, if you voted for Generalissimo Trump, then you’re guilty of environmental terrorism, because you may have given the climate of this planet a death sentence (though God knows I want to be wrong about that - NSFW)…

…and speaking of activism, happy birthday to Bruce Cockburn.