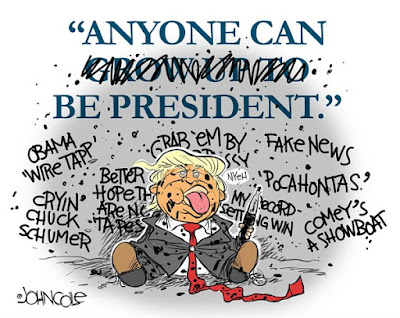 I know John Oliver is making points with humor in the following clip, and good for him, but to me, the numbers that really matter are the composition of Congress – how many Repugs vs. Dems. I think it really gives us an idea of the mountain we have to climb to take control next year and start holding the Trumpsters to account, including Big Orange Cheetoh himself. The “party of Lincoln” is going to make some sweet-sounding noise from time to time about making sure Number 45 faces the proverbial music, but as long as they have that 30-percent utter bedrock of fools and sycophants to rely on (talking about the voters), I honestly don’t believe much will happen (love to be wrong).

Another thing to keep in mind is that, for the most part, the criminals of Watergate were amateurs. Yes, people like Michael Flynn, Paul Manafort, Carter Page and the like have tripped over their own feet in the media, but I don’t think they’re troubled by questions of legality vs. illegality. They basically don’t care (and neither does their boss, of course). And so far, they’ve been able to skirt the law enough to have a good laugh over it, proving that (again, up to now), they know what to do and what not to do to avoid ending up breaking rocks wearing an orange jump suit. In other words, the Repugs have had over 40 years to craft their schemes of using government to their own nefarious ends on behalf of the “pay no price, bear no burden” bunch in this country, and it shows. With each progressive scandal (Iran-Contra, Iraq War-Halliburton, the housing bubble that burst and cratered our economy, etc.), they’ve learned more and more about what they can get away with, particularly when the vast majority of the voters of this country are preoccupied with “values” issues and whatever nonsense the right-wing echo chamber tells them to pay attention to instead of, you know, verifiable truth and reality that actually impacts their lives.

In other words, what we’re watching isn’t a movie – more like a bad reality TV show starring the tiny-handed egomaniac-in-chief. Though I would love to see this happen, I’m not holding my breath waiting for the proverbial smoking gun proving that, yes, Putin paid off Trump and his pals, and a memo somewhere in an embassy where Julian Assange is hiding out proves that, in order to bail Trump out of some failed real estate and casino deals, Number 45, Rex Tillerson et al agreed to commit treason to let Putin engage in any foreign policy exercise he wanted, putting the lives of our service people, diplomats and other members of our foreign service in jeopardy. And yes, that Trump documented that he fired former FBI Director James Comey (and as I asked earlier, I wonder how dumb HE feels now?) and the U.S. attorneys general because they were getting a little too close to financial shenanigans with Trump and, say, Wilbur Ross and a certain Russian bank.

So, no – though these people are what they are, I honestly don’t think they’re stoo-pid enough to let themselves be trapped like that (again, love to be wrong). The only thing these cretins understand is the loss of power. And I’m afraid that the only way that that’s going to happen is for EVERY REPUBLICAN to lose in EVERY ELECTION.

People like Kyle K., who I basically respect, say we’re paying too much attention to the Russia stuff and not enough attention to the scorched earth tactics of the Trumpsters in an effort to turn this country once and for all into a third-world kleptocratic state. And yes, I have no doubt that this cabal of idiots and crooks given power primarily by clueless meat sacks in Wisconsin, Michigan and Pennsylvania are playing our corporate media in an effort to keep us distracted still further, which the Republican Party has crafted perversely into a science of sorts. However, I think it is incumbent on us to pay attention to both of these activities, regardless of how heavy a lift that is at times.

So, with that admittedly long-winded prelude out of the way (NSFW)…

…and I really hadn’t paid a lot of attention to the tragic death of Seth Rich, but fortunately, Keith Olbermann did – yep, truly no bottom for these people; sorry to bring this up and I seriously hope I’m not causing more pain for his family and friends, but I’m just trying to do what I can to try and set things straight…

…and oh yeah, don’t look for much help from what passes for our entertainment on this either, as Bill Maher points out (NSFW also I think, and Nail. Hammer. Head. at the very end)… 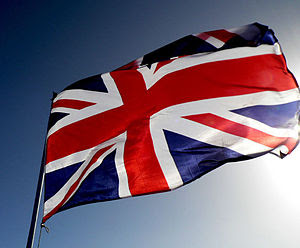 …and I don’t know what else I can do to lend support to the brave folks of Manchester in the U.K. who were recently victimized by a deadly terrorist attack (here) – I gladly offer prayers and this link to donations, and this tune by RT meant to make fun of the stupidity of terrorism (I can only hope that the coward responsible for this atrocity receives what he deserves in the afterlife).