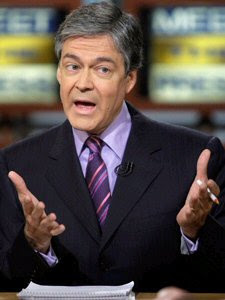 Whenever a column appears from John Harwood of the New York Times labeled “news analysis” or “political analysis,” it is likely that posting material will soon follow.

Concerning President Obama’s recent address before Congress and his recently submitted budget, the Times correspondent tells us the following from here…

His own party remains seared by the last time it followed a new Democratic president on a course of tax increases and ambitious social engineering.

Uh, I presume Harwood is referring to the first Clinton budget and the 1994 congressional elections that followed (which is ancient history that barely anyone except stone-throwing pundits remember, by the way – and “seared”? That to me implies wounded or in a state of retreat, which is hardly the case…just the opposite, in fact - a link to polling data supporting that will appear shortly).

This of course is a hosanna of sorts by Harwood on behalf of that prized notion of “bipartisanship” so cherished by the “villagers” of our media-industrial complex (which, of course, means that the Repugs are always right and unless the Dems find a way to cave and make the Repugs happy, they’re always wrong).

Well, I thought kos had a good thought about 1994 versus now here in a post where he chides the wankerific David Broder for much the same reason, noting that both parties have fewer ideologically dissimilar members then versus now (homogeneity can be a good thing, particularly when times are bad such as now). The point of the kos post is that the Dems have a firmer majority in both houses and have much less of a reason to pay heed to their corporatist, “Third Way,” “Blue Dog” wing to the exclusion of other party members (the flip side of that, though, is that, if things go bad for them, then EVERYBODY loses, though it would be hard for them to sink lower than the Repugs at this moment).

Harwood’s column today actually reminded me that I meant to point out this gem from him a couple of weeks ago, in which he compared Obama to the newly elected FDR (who was blamed for taking a Caribbean yacht cruise before taking office with the country mired in the Depression)…

In other words, it may not be too early to ask whether Tom Daschle’s tax problems, Judd Gregg’s ideological misgivings, Wall Street’s catcalls and the near-complete Republican rejection of Mr. Obama’s economic stimulus package add up to the depletion of his momentum. But it is too early to answer with much confidence.

This of course is a typical pundit trick; namely, putting out an unanswerable question merely to plant doubt (if you can’t answer the question, brainiac, then why pose it at all?).

I’ll tell you what – check this out from The Daily Kos, which shows their poll tracking of Obama as well as congressional Democrats and Republicans. Basically, Obama is still around a 68-71 percent approval rating at this point; I haven’t seen a “depletion of his momentum” between February 14th and today (if someone wants to match this against numbers from Gallup or somebody else, be my guest).

Oh, and Harwood also said the following about Obama’s predecessor in the same column mentioning FDR…

…the 9/11 attacks gave (Bush) enough standing eventually to take the nation to war against Iraq.

And they’re thinking about charging a subscription fee for this stuff?
Posted by doomsy at 2:28 PM