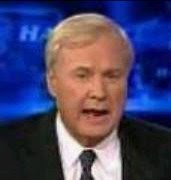 (And by the way - you guessed it; I also posted over here.)

I have to admit that this post by Digby (h/t Atrios) got me thinking some more about the upcoming PA Senate race, particularly given the fact that Ed Rendell has called Chris Matthews “the strongest Democratic candidate without any doubt” to defeat Arlen “Gutless Worm” Specter.

As I dusted off the memory banks a bit here, though, I realized that there IS somebody out there who would definitely get the netroots buzzing and generate some serious online activism, as opposed to someone like Matthews, who to me is, at best, the very definition of a “DLC” Democrat and, at worst, a Republican in sheep’s clothing (with no record in politics as anything but a commentator, how are we really supposed to know one way or the other?).

(Also, some have suggested that Patrick Murphy should run; though it would be great to see him in the Senate, I pointed out previously that he or someone else would have to “own” Specter in southeastern PA, and given the fact that, for all his accomplishments, Murphy will begin what will only be his second full term in a few weeks, I just believe such talk is presumptuous. And I will admit that I’m being selfish because he’s my congressman and I don’t want to see him give up his seat – aside from FISA and the D.C. gun business, I think he’s done a great job.)

But getting back to the person I referred to in the post, I should note that he’s already run in a Democratic Senatorial primary, and his “progressive cred” is without question. 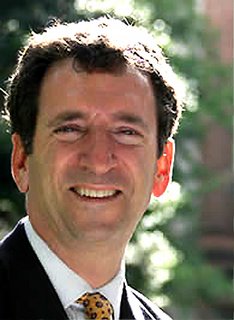 That would be Chuck Pennacchio – I invite you to read this Letter to the Editor published in the Bucks County Courier Times in May 2006 just to refresh your memories (and here, he pledged to "fight for core American values -- in 2006 and beyond"; yes, I know the Kos post involves the late C. B-Knoll, but he's not being personally disrespectful, just noting that she was a Casey surrogate, which was the truth).

I have absolutely no idea what is happening with Chuck at the moment (not much showing up on Google); the last I heard, he was serving as the history program director at the University of the Arts in Philadelphia and living with his family in Bucks County. But if nothing else, it was fun helping him campaign against Bob Casey in the Democratic primary in 2006. It would sure be a kick to do it again against Matthews in a couple of years (with Arlen, hopefully, facing a primary threat as well from “Club For Growth” wingnut Pat Toomey; I used to really detest the CFG Repugs until I realized that they do more damage to their own party than they do to anyone else).