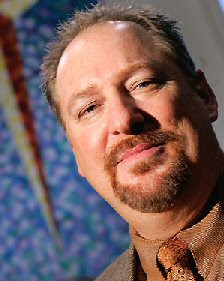 I just wanted to take note for those who are quite rightly piling on President-Elect Barack Obama (here, here, and here) for allowing Rick Warren to offer a prayer at the inauguration (remember Donnie McClurkin?) that the Saddleback Church founder also awarded Dubya the "International Medal of Peace" here (which, of course, assumes that Dubya aided two million people living with HIV/AIDS, which isn't even a wash when you consider the refugee crisis spawned by his war of choice in Iraq that has claimed at least two million and probably more by now).

(Also, Atrios suggested that, for the benefit of those attending the inaugural, an appropriate sign of protest would be to turn your backs on Warren as he offers his prayer - everyone in the nation should do the same when watching Warren on TV as well.)

(Also again, I realize this is part of the "payback" for Warren's support during the election, but I think, like FISA, some matters transcend political calculation, and this is one such matter.)

Update 3 12/18/08: Kudos to Barney Frank, a person with a perspective on this issue shared by very few others in public life, for this.

Update 5 12/19/08: Given this, I'm a bit surprised at myself for not picking up on Warren's shocking homophobia earlier.
Posted by doomsy at 7:29 PM