Time To Do A Good Deed 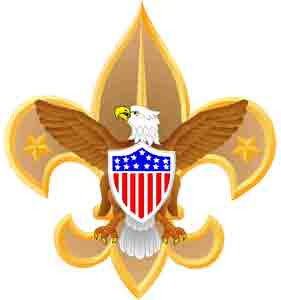 (And the title of this post is aimed at Jeff Jubelirer of the Cradle of Liberty Council of Philadelphia, Delaware and Montgomery County).

The Philadelphia Inquirer tells us here today that Philadelphia City Solicitor Romulo L. Diaz Jr. has contacted the local chapter of the Boy Scouts of America and told the group to either renounce its policy of banning gays from the organization in order for it to remain in its headquarters near Logan Square (Jubelirer is the spokesperson for the local Boy Scouts chapter) or pay up more for its rent.

As the story tells us…

Diaz has said that if the scouts did not respond by his Dec. 3 deadline - by either relenting on the policy or paying a $200,000-a-year "fair-market rent" - he would actively begin looking for a new tenant for the 79-year-old building at 22d and Winter Streets near Logan Square.

The Cradle of Liberty Council built the Beaux Arts structure in 1928 on Fairmount Park land that the city agreed to lease to it in perpetuity for a dollar a year.

Last year, Diaz wrote to the scouts that it was impossible to reconcile the group's policies on homosexuals and atheists with the city's antidiscrimination fair-practices law.

Cradle of Liberty officials maintain that they have used a "don't ask, don't tell" practice but cannot change the policies without violating their charter from the national scouting organization.

Jubelirer said the scouts should not be required to pay additional rent for a building the scouting council built, spent $2.6 million renovating in 1994, and pays $60,000 a year to maintain.

"The council could not afford it, and it's not feasible," Jubelirer added.

Maybe, but given the fact that the Boy Scouts refuse to relent on their ban of gays, there’s no way they should be charged only a dollar a year of rent on the structure (and given the wide discrepancy between that amount and the fair market value, you know the taxpayers of the city of Philadelphia are picking up that tab).

And as far as the December 3rd deadline, which of course has come and gone, Jubelirer had this to say…

"We're letting it pass. We feel it's a political, arbitrary deadline"…

Oh really? This little drama has been going on since last May, Jeff. And the city must comply with the Supreme Court ruling. Why is that so difficult to understand?

Actually, though, as D-Mac of Philadelphia Will Do notes here, this little gay-baiting song-and-dance has been going on for nearly a year and a half at least; the Fairmount Park Commission (which oversees historic properties such as the Scouts’ headquarters) sided with the administration of soon-to-be-departing Mayor John Street in July 2006 regarding the issue of the adjusted rent for the building.

It’s time to change the policy or pay up, Jeff; given all of this, I think Jubelirer needs to brush up a bit on the scout law, which states…

Ya’ think Jeff needs to keep working on the “obedient” thing?
Posted by doomsy at 9:56 AM