Steve And Patrick Under Fire In Bucks, PA 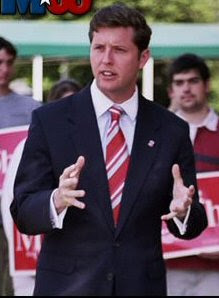 (I would have gotten to this earlier, but I've had some technical difficulties; that's why there haven't been any videos for the last couple of days - hopefully all will be made right soon).

As a lifelong Democrat and one who has supported Congressman Patrick Murphy financially and politically, I was offended by Murphy’s $1,000-per-person fundraiser in Newtown at the Brick Hotel on Sept. 24.

The event was the first meeting of the “Congressional Policy Group” wherein members must make a required $1,000 annual donation to Murphy’s political campaigns. Donors, through their purchased membership, will apparently have the good congressman’s ear to discuss “a range of policy issues” directly with Murphy.

While I do see the value of organizing a broadly based think tank to help our congressman understand and act on the concerns of his constituents, I fail to see how the required $1,000 access fee is appropriate, desirable or that it will provide sage advice. Those $1,000 donors are not representative of the voters who elected Murphy.

I see this as pay to play.

While not opposed to fundraising or to the idea of a congressional policy group, mixing the two will lead to a loss of voter confidence because of the apparent purchased access. This is a slippery slope.

Congressional approval ratings of under 20 percent are no mystery in this kind of an environment. I want my congressman’s integrity to be above suspicion and above reproach. The apparent sale of access does not leave me with a high level of confidence.

Here is a link to a prior post on the fundraiser in question.

As you read it and the linked Courier Times article by Brian Scheid, please explain to me where it states that Patrick Murphy will contract the services of anyone making a donation to his campaign or assist anyone who donates by trying to place them in a public position of any type at all.

You can’t. And that’s because Patrick makes no such commitment.

This has nothing whatsoever to do with “pay to play.”

And besides, as the Courier Times story notes, there is a precedent for what Patrick is doing here, and that was established by none other than Jim Greenwood with his “Freedom Team.”

But of course, it’s only a “problem” when Dems do things that Republicans do when campaigning, particularly if they’re not illegal (the price of the Brick Hotel party is definitely too rich for my blood, but I’m just a filthy, unkempt liberal blogger, let’s not forget). 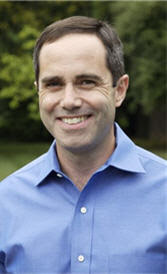 And this nonsense appeared on Tuesday...

Kudos on the Aug. 26 editorial promising to hold Steven Santarsiero and Diane Marseglia – Democratic candidates for county commissioner – to their word on cronyism. I don’t know much about Marseglia, but Santarsiero has found religion late in life.

Is this the same Steve Santarsiero who removed the long-seated engineering firm and solicitor in Lower Makefield only to replace them with firms that made hefty contributions to the Democrat Party? Those same firms then turned around and billed the township 250 percent more than was budgeted for legal and engineering fees.

The day after the editorial ran, you published an excellent letter from Cory Steiner, a Lower Makefield resident, who questioned the township’s new ordinance requiring “apprentice programs” (read unions) to work in Lower Makefield.

A brief review of the dates will show that the International Brotherhood of Electrical Workers made a $10,000 contribution to the Bucks County Democratic Committee – a major financier of the Santarsiero/Marseglia campaign – on April 7, 2007. At the very next Lower Makefield Supervisors meeting, Santarsiero’s “Responsible Contractor Ordinance” was passed.

This ordinance, among other things, requires that any contractor doing work for the township on projects in excess of $75,000 must have an “apprentice program.” By a large measure, apprentice programs are found at union contractors. Clearly tit-for-tat or, if you prefer, pay-to-play politics!

If I were a cynic I might say that Santarsiero is simply an opportunistic politician looking to grab a headline. Since I am not a cynic, I will remain happy that he has found religion. No matter how late in life he’s come to it.

I absolutely do not know where Raffle is getting that figure of a 250 percent increase in budgeted legal and engineering fees for Lower Makefield when Steve and the board changed engineering firms and solicitors for the township; several Google searches yielded nothing. Is that an imaginary number, then? It wouldn’t be surprising if it was, seeing as how Raffle is undoubtedly a Republic party sympathizer, and such tactics are normal for them (and Cory Steiner, by the way, is another chronic freeper offender on the editorial page of the Courier Times).

What I do know is this, based on this recent post…

In 2006, when Santarsiero and two other Democrats took control of the Lower Makefield supervisors for the first time ever, they replaced one engineering firm with three new ones. By a 3-2 vote, which fell along party lines, the township hired general engineer Schoor DePalma to replace Pickering, Corts and Summerson of Newtown.

PCS had worked for the township for nearly 20 years and charged $87 per hour. Schoor DePalma, which is based in Manalapan, N.J., but has an office in Falls, charges $90 per hour.

Firm Chairman Stephen DePalma donated $15,500 to the county Democratic committee from May 2003 to May 2005, according to an analysis by county GOP campaign manager Mike Walsh. He also donated $11,800 to the county Republicans from 1998 to 2005, Walsh said.

Santarsiero said the township chose Schoor DePalma because the firm was better qualified than PCS. Since the hire, the company's hydrologist and grant-writing department have benefited the township, he said.

“I don't mean to disparage anyone at [PCS],” he said, “but there's no question that Schoor DePalma is a firm with much greater resources and a much wider breadth of experience.”

But as stated later in the post based on reporting by Jenna Portnoy of the Courier Times, however, the Repugs awarded a six-figure deal to Begley, Carlin & Mandio of Langhorne, and no matching contribution was made to any Dem candidate or to the party. Also, one attorney’s hourly rate for B, C &M was raised by $75 an hour, with no word on how many hours were billed at that rate.

And Raffle makes the inane comparison between those sums and the $10,000 donation from the Brotherhood of Electrical Workers to the Bucks Democratic Party, alleging that the “Responsible Contractor Ordinance” passed by the township was a quid pro quo because the ordinance stipulated an apprentice program for projects in excess of $75K.

This Wikipedia article tells us that…

…In September 1941, the National Apprenticeship Standards for the Electrical Construction Industry, a joint effort among the IBEW, the National Electrical Contractors Association, and the Federal Committee on Apprenticeship, were established. The IBEW added additional training programs and courses as needed to keep up with new technologies, including an industrial electronics course in 1959 and an industrial atomic energy course in 1966.

Today, the IBEW conducts apprenticeship programs for electricians, linemen, and VDV installers (who install low-voltage wiring such as computer networks), in conjunction with the National Electrical Contractors Association, under the auspices of the National Joint Apprenticeship and Training Committee (NJATC).

And this tells you about the apprenticeship program requirements for the International Brotherhood of Electrical Workers for the Capitol City Local 1 in Madison, Wisconsin. If you click the links and open the .pdf documents, you’ll see that the requirements for enrollment in the apprenticeship programs are thoroughly defined (a GED at a minimum) and the program courses provide the knowledge needed to become professionally skilled. It takes work and dedication to complete the training and become certified to do the work properly.

And I applaud Steve and the supervisors for making sure the apprenticeship program was stipulated in the ordinance. Unions do this work well, on time (or ahead of schedule) and keep in the budget or come in under the allocated amount. And as a taxpayer, I don’t know what else I could ask for.

And Raffle concludes the letter by saying, “I am not a cynic.” Actually, I believe that. He's just an ignorant Republican who doesn’t know what he’s talking about.
Posted by doomsy at 8:23 AM