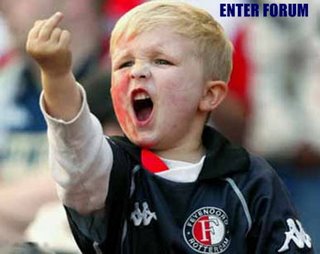 Atrios and Digby are all over Lou Dobbs today because an ad appeared during Dobbs’ show for some bunch of knuckle draggers called the Council of Conservative Citizens, which is a white supremacist group. I agree that Dobbs should be held to account for that, but I think the people who should bear more of the blame are those at the network. I wonder how much input Dobbs actually has on what advertising is accepted for his program; I’ll admit that I don’t know a lot about that, but I should point out that advertising for other conservative interests and individuals, most notably the odious Glenn Beck, have been popping up lately on CNN’s website, and that has nothing to do with Dobbs or his program as nearly as I can determine.

Besides, this commentary from Dobbs today should be “shouted from the mountaintops” as far as I’m concerned (and if it is somehow “racist,” which is the word Digby uses to describe Dobbs’ anti-immigration position, someone will have to explain that to me).
Posted by doomsy at 7:37 AM