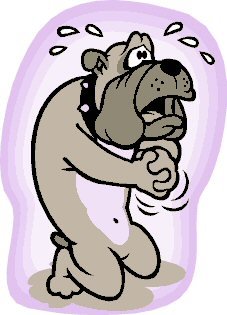 (No, I’m actually not talking about Lieberman, who’s making noise like he’ll run as an independent candidate for the Senate if he loses the Democratic primary to Ned Lamont…heh heh).

TIME Magazine media whore Joe Klein has been getting quite thoroughly eviscerated in the online community lately, and I was not at first going to say anything because my “betters” were already doing that.

(This is what Joe was up to the last time we checked, by the way.)

However, I received a copy of the magazine with his column hyping his book “Politics Lost” about how those nasty, son-of-a-gun political consultants have just ruined everything, gosh darn it. I read it and was about to write a scathing, incisive, eloquent literary masterpiece in response, but Ari Melber had the unmitigated gall to write this great post instead, so I’ll just cop out and link to that.

This takes you to Crooks and Liars, which captured Klein on “This Week” defending Bush’s “nuclear option” on Iran, with George Stephanopoulos quite rightly describing that option as “insane” (by the way, remember when Congress was talking about “the nuclear option” regarding Bush’s judicial nominees and we actually WEREN’T being literal?).

I also have a link to The Rude Pundit pertaining to Klein, but before you check it out, I should tell you that there’s a REASON why this person is called The Rude Pundit, OK? This person’s writing is terrific and goes in all kinds of directions, just about all of them highly scatological. So without further ado, here’s the link.

I want to point out something else that I think is important; this is something that has either been overlooked or is too uncomfortable to point out. Sure, Klein deserves ridicule for being a self-serving media huckster who plies his wares for whichever political ideology is in favor at the moment. But as long as he’s talking about who has ruined politics, I think other people are partly guilty also.

Of course, the politicians who totally “hike up their skirts” (only figuratively, as far as I know) to well-heeled lobbyists are guilty. So are judges who want to be friends with the politicos in power (see Scalia, Antonin).

But when we as a people don’t bother to inform ourselves concerning the important issues in our community, and when some say that the first amendment to the U.S. Constitution protecting free speech “goes too far” and we don’t know or care enough to refute that idiocy, or we don’t care about campaign finance reform or the Jack Abramoff scandal currently unfolding or the “Scooter” Libby case and communicate that we don’t care to the politicians who are only too happy to return to the status quo that favors them at every turn, and when we don’t communicate that the environment should be PARAMOUNT above all issues, and when only about 50 percent of us bother to vote in a PRESIDENTIAL election…well then, guess what?

If politics are “lost,” then that’s partly our fault too.

Update 4/21: After reading this, I'm wondering if The Rude Pundit was exaggerating after all. I mean, Klein can't soil himself dealing with those filthy, pissant little lefty bloggers, can he?
Posted by doomsy at 3:37 PM