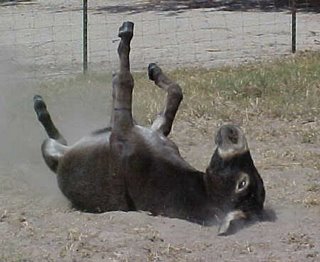 Aw, c’mon Silvio! Be a good sport; call Romano Prodi and acknowledge that his center-left coalition has actually won the election, OK?

I mean, when Bush called Prodi to congratulate him, Yahoo news reported that that was tantamount to Bush conceding for you. I mean, is that something He would do?

Hey, it was a sweet ride, but all good things must come to an end.

And by the way, I couldn’t help but notice this paragraph towards the bottom of the Yahoo news story.

Prodi also came under fire from Clemente Mastella, the robust leader of the small Catholic Udeur party, which has already staked out the ideological ground to the right of Prodi's coalition.

In an interview with a Catholic weekly magazine, Mastella said his party would support Prodi, but would pull no punches when it came to moral issues.

"There will be no bargaining on values," said Mantilla, adding that it would not even discuss plans to introduce formal state recognition for same-sex couples, nor reform of the labour laws -- two changes regarded as crucial by parties on the left of the Union.

I mean, I know we’re talking about a strict Roman Catholic country here, but do you think they took at least a little bit of a lead from us on that issue? Am I crazy to think that there was a conservative “meeting of the minds” between Bush and Berlusconi/Mastella on that one?