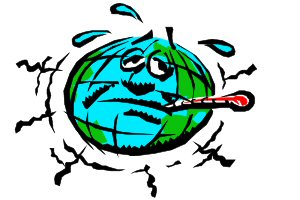 This post shouldn’t be necessary, but unfortunately, it is.

As many of you no doubt know, a United Nations summit was recently held in Montreal to deal with the problem of global climate change, specifically the rise in global temperature which poses many threats to humans and other forms of life on this planet. This editorial from The Philadelphia Inquirer (registration required) sums up just far this country has to go on this critical issue.

Here is an excerpt.

"I think it's crazy for us to play games with our children's future," former President Bill Clinton said Friday at a United Nations climate conference in Montreal. "We know what's happening to the climate; we have a highly predictable set of consequences if we continue to pour greenhouse gases into the atmosphere, and we know we have an alternative that will lead us to greater prosperity."

The majority of countries has the right idea. The world's largest emitter of greenhouse gases - the United States - is wrong. The world needs to do more to slow global warming.

Canadian Prime Minister Paul Martin was right at the conference: "To recalcitrant nations, including the United States, I would say this: There is such a thing as a global conscience, and now is the time to listen to it."

The rest of the editorial is quite good, and I hope you are able to read it. What follows is a fine Letter To The Editor that appeared yesterday in the Inquirer on the same subject.

Is it any wonder that the U.S. delegation to the climate-change talks in Montreal did not return phone calls or e-mail at the conclusion of the conference ("Nations to pursue limits on emissions," Dec. 11)? At least they realize that there is no way to defend the indefensible.

While the rest of the industrialized world came together in good faith to agree on a post-Kyoto framework for mitigating climate change, the U.S. delegation once again played the role of the obnoxious audience heckler.

The Bush administration's do-nothing stance on climate change, which has been financed by their friends in the fossil fuel industry, is underpinned by a belief that the American public is not really paying attention. Unfortunately, they are right. So once again, the international community will pursue binding emissions reductions without the world's most prolific polluter taking part.

Americans must awaken from their slumber and educate themselves about global warming. Staking claim to the moral low ground on this issue will have severe consequences, and history will judge this administration, and those who apathetically followed it, very harshly.

But I suppose for the purposes of “fairness and accuracy,” I should present the view from Wingnuttia on this subject. Here is an excerpt from a screed by Peter C. Glover which he wrote for something called “Wires For The Bunker,” which the Inquirer featured in its “Blog Cabin” section.

...The Earth has always heated up and cooled down in cycles over the course of centuries. Welcome to the latest natural warm-up. I have yet to hear a single liberal admit they got this wrong, too... .

I will present examples later to prove how laughable that statement truly is.

For the record, I do believe we can all help to cut greenhouse gas emissions (though targets must be realistic) and that the way forward is to couple this with a program of technologically cleaner developments. But climate change per se is not solely down to man's actions. There is a God, you see - and he controls these things. Climate change is largely cyclical, and history tells us it always has been. Any modern belief system that does not factor this in is simply being driven by its own ideological agenda. It certainly is not a truly scientific one.

I’d rather have a “belief system” that is in part driven by ideology than one that is completely and utterly devoid of common sense. Trusting God and, in the process, absolving oneself of the responsibility to do good and practice stewardship is truly madness. Besides, I thought “intelligent design” pertained to man’s development, not the destruction of the atmosphere.

With this in mind, here are three examples to illustrate the urgency of this problem:

Global Warming Impact Example 1: As pointed out by the Union of Concerned Scientists in this link, the water temperature in the Gulf Coast has risen by one degree since 1970. and that alone can make the difference between a Category 3 and a Category 5 hurricane (believe it or not, Katrina was only a Category 3 when it hit New Orleans).

Global Warming Impact Example 2: The Wall Street Journal reports on how polar bears are drowning because of melting ice floes.

Global Warming Impact Example 3: According to the Guardian, the Pentagon is telling Dubya that climate change is a greater threat to us than terrorism (God only knows if he's actually listening, let alone comprehending).

Oh, but what is Bushco doing about this threat to our existence? As Molly Ivins notes, they’re expunged the data from the report they submitted based on “scientific” study (we KNOW how much Buscho just LOVES to hear a contrary point of view from people who actually know what they’re talking about, don’t we?). Her column also notes more “bait and switch” Bushco maneuvers concerning AmeriCorps (I haven’t found out much lately on how they’re funding this network of programs, but I’ll keep looking).

As the Inquirer said in its editorial yesterday,

The United States should stop stalling and make a serious commitment to slowing global warming, or, as Clinton quipped, the world will risk attending future climate-change conferences "on a raft somewhere."

Please take a moment to ask your senators to take the first step toward curbing global warming pollution by supporting the Climate Stewardship Act (click here for still more background). To take action, click on this link.
Posted by doomsy at 12:49 PM