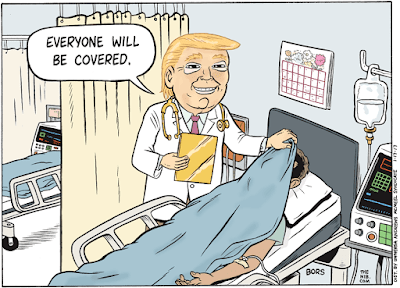 Yeah, I think The Rude Pundit pretty much summed everything up with this observation (based on this of course...and John Cole nails it as well here).


…and yeah, the Repugs are all disgusting liars, but we knew that anyway…


…and all the best to 10-year-old Liam Barry, and especially to his mom…

President @realDonaldTrump & every @SenateGOP member need to read this 10-yr-old boy’s letter before they repeal his mom’s healthcare today. pic.twitter.com/DJpWKE5T4M


…and switching things up a bit, David Pakman reminds us that, even though the Dems need to do a better job of creating space between them and the Repugs, there is one issue for sure where the Dems stand out like the proverbial sore thumb (in a good way, though, with the Repugs actually LOWERING the minimum wage in some states – catching up some more from last week)…

…and normally I’d feature K.O.’s great vids a little higher in the posts, but, maybe only for today, I think the Russia stuff should take a back seat (what does it tell you that we need to de-prioritize what, to my mind, is full-on treason, as Olbermann points out, in favor of the potential destruction of one-sixth of our economy?)…

...and yeah, I know I've only been back for a few days, but after today's disgusting spectacle on Capitol Hill, I think we need to hear this song.