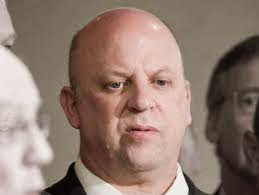 As part of my “tribute” to the U.S. House Repugs and their 52 votes to repeal the Affordable Care Law...

I wish it could be said that all U.S. House Repugs opposing health care reform are truly facing electoral problems for 2014, but except for DesJarlais, I don’t think that’s apparent at the moment (love to be wrong). I guess the “line in the sand” for the Teahadists is when you betray them on “values” issues, as opposed to issues that actually impact their lives such as the sequester, jobs, health care, the environment, etc. (what a joke).

With that in mind, I give you this… When even the chairman of the state’s Republican Party says that he doesn’t expect DesJarlais to be re-elected next year…well, I guess the “fat lady,” as they say, is getting ready.