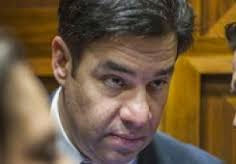 As part of my “tribute” to the U.S. House Repugs and their 52 votes to repeal the Affordable Care Law…I give you Labrador on immigration (here)…

“Normalize your status”? What does that even mean? And as the story tells us, only about 10 percent of this country actually sides with Labrador.

Labrador, though, is quick to blame Obama on immigration, as noted here – “A speech is not a bill?” Bills are supposed to come from Congress, not the White House, you moron.

And as noted from here, Labrador says that the Dems want to cover undocumented workers in health care reform, which is patently untrue…

This month, Rep. Raul Labrador (R-Idaho) blamed a standoff over health-care benefits for his decision to drop out of bipartisan talks with seven colleagues who were negotiating a House alternative to the Senate immigration proposal. That has forced House leaders to proceed with a series of smaller-scale proposals next week in lieu of a sweeping agreement.“

When I joined the group, I was told that the aliens would have to pay for their own health care,” Labrador told Fox News. “Now that has changed. And I can’t agree to all of the exceptions.”

Frustrated Democrats argue that Republicans are picking a fight where one does not exist. In both chambers, Democrats say, they have agreed that illegal immigrants would not be eligible for public benefits - including health-care subsidies and Medicaid - as they embark on a path to permanent legal status, which would take at least 10 years under the Senate plan.“

We have said since day one that undocumented people will not have access to subsidies in the Affordable Care Act,” House Minority Leader Nancy Pelosi (D-Calif.) said last month. “Any thought that we want to do something different than that is simply not true. It is a bottom line. No need to even discuss it.”

But of course, according to Labrador, the failure to pass immigration reform is the fault of the Dems – uh huh.

Update 8/26/13: Yeah, how dare those pesky civil rights workers get all “negative” (here)! Gosh, why can’t they sing and dance while facing voter ID obstruction and disenfranchisement?
Posted by doomsy at 3:14 PM