How Dare You Try To Elevate Our Discourse! 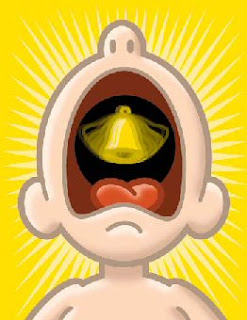 (Just a note as long as I’m thinking about it; I may try to scale back on things on Fridays through the end of the year, just to let you know – lots of other stuff to catch up on, and it might be a good time now with the elections all but over except in Georgia.)

Time for another conservative battle over a nonexistent enemy, and that would be the Fairness Doctrine; as noted in this story, certain right-wing hammerhead radio hosts are all in uproar over the possibility of it returning under the incoming Obama Administration…

While some Democrats — notably House Speaker Nancy Pelosi — have supported the doctrine, the new Democrat-in-chief does not, at least for now.

“He considers this debate to be a distraction from the conversation we should be having about opening up the airwaves and modern communications to as many diverse viewpoints as possible,” a spokesman for Barack Obama’s campaign said before Election Day.

Conservatives aren’t necessarily worried that a return of the Fairness Doctrine would mean more liberal and Democratic viewpoints on broadcast television and radio.

Instead, they say, station owners would simply drop controversial programming — airing music and entertainment programs, much as they did until the doctrine’s demise.

“In the early 1980s (when the doctrine was in place) … talk shows were visiting with authors of new books,” said Mike Shanin, co-host of an afternoon talk show on KMBZ 980 AM radio in Kansas City. “This kind of regulation chills the discussion of controversial issues.”

In a speech earlier this year, President Bush — who has been on the receiving end of a few talk-radio tongue-lashings — made a similar point.

“We know who these advocates of so-called balance really have in their sights: Shows hosted by people like Rush Limbaugh or James Dobson,” Bush said. “By insisting on so-called balance, they want to silence those they don’t agree with.”

Wrong again, Dubya (and to prove it, here’s a link to a prior post telling us that a prominent Repug called for a return of the Fairness Doctrine as a response to the fact that common-sense immigration reform was defeated by the right-wing loudmouths; the person who did that was that noted “liberal” named Trent Lott – and just for the heck of it, I took a shot at figuring out the whole “liberal media” con here).

Anyone who thinks the return of the Fairness Doctrine would mean the end of right-wing radio is truly delusional (though I wish they were right about that). I don’t know what kind of advertising revenue is generated by Flush Limbore, Sean Inanity, Bill Orally and that crowd, but given their contracts, I’m sure it is substantial. And sadly, that won’t change until they and/or their audience start dying off.
Posted by doomsy at 8:31 AM