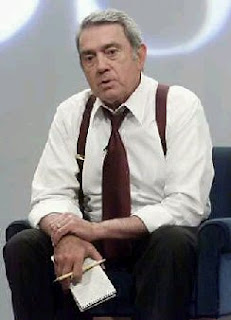 A hat tip goes out to Will Bunch of Attytood for alerting us to the fact that former CBS Evening News anchor Dan Rather’s lawsuit against his former management is proceeding, as noted in this New York Times story, which tells us…

Mr. Rather has spent more than $2 million of his own money on the suit (alleging that his former employer had commissioned a politically biased investigation into his work on a “60 Minutes” segment about President Bush’s National Guard service). And according to documents filed recently in court, he may be getting something for his money.

Using tools unavailable to him as a reporter — including the power of subpoena and the threat of punishment against witnesses who lie under oath — he has unearthed evidence that would seem to support his assertion that CBS intended its investigation, at least in part, to quell Republican criticism of the network.

Among the materials that money has shaken free for Mr. Rather are internal CBS memorandums turned over to his lawyers, showing that network executives used Republican operatives to vet the names of potential members of a panel that had been billed as independent and charged with investigating the “60 Minutes” segment.

Some of the documents unearthed by his investigation include notes taken at the time by Linda Mason, a vice president of CBS News. According to her notes, one potential panel member, Warren Rudman, a former Republican senator from New Hampshire, was deemed a less-than-ideal candidate over fears by some that he would not “mollify the right.”

Meanwhile, (former PA governor, Reaganite and longtime Repug Richard) Thornburgh, who served as attorney general for both Ronald Reagan and George H. W. Bush, was named a panelist by CBS, but only after a CBS lobbyist “did some other testing,” in which she was told, according to Ms. Mason’s notes, “T comes back with high marks from G.O.P.”

There is so much to the story of Dubya’s National Guard service that has been neglected or ignored, with some of that here (sorry, linked video no longer available), including the promotion of Major General Daniel James to head of the Texas National Guard after he allegedly scrubbed Dubya’s records at the instruction of Bush confidants Joe Allbaugh (the guy who bailed on FEMA to make a financial killing from the Iraq war and handed over that beleaguered agency to Mike “Horsey Time” Brown) and Dan Bartlett.

But if Rather’s suit proceeds to trial (even with five of the seven counts dismissed), it is likely that the story he tried to tell on TV will be told once and for all through the force of the law (and don’t get me started on the Burkett documents – there was a lot more to it than that).

And for that, he deserves our thanks.
Posted by doomsy at 3:53 PM