Giving The Gift Of Life 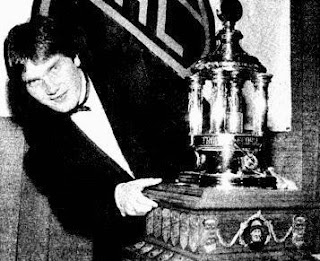 …lamented the shortage of organs for transplants but denounced any selling of organs as immoral.

“The problem of availability of organs for transplant, unfortunately, isn't theoretical but dramatically real,” the pontiff said in a speech to participants of a Vatican-sponsored meeting on organ donations.

I know I’ve criticized His Holiness a lot because of his failure to support the so-called “liberation theology” of South America as well as his myriad misstatements on a variety of issues, followed soon afterwards by clarifications from a lower level individual of one type or another. And though I know the selling of organs is definitely a “slippery slope,” I’ll leave that issue up to others – not something I advocate, but who knows if a circumstance would ever present itself where that would be the right thing to do.

Also, the story tells us that Benedict himself is an organ donor, which is commendable, though given his advanced age, I would guess there’s a medical issue concerning how useful his organs would be.

And this story has a weird bit of timing given that next week (Tuesday to be exact) will mark the 23rd anniversary of the death of Pelle Lindbergh of the Philadelphia Flyers in one of the most horrific auto accidents you can imagine (pictured above with the Vezina Trophy he won as the best goalie of the 1984-85 season – I’ll note the connection shortly; I sounded off on this topic previously here).

This Washington Post story tells us that Lindberg was legally drunk (a blood alcohol level of .24, with .10 as the legal limit) when he crashed his red Porsche into a cement wall near Stratford, N.J. (one passenger was listed in stable condition and the other was critical at the time; I believe they both recovered, though I don’t know for certain).

However, the Lindberg family agreed to allow his organs to be donated, which was a wise decision and truly magnanimous considering what they must have felt at the time. And given that Lindbergh was an elite physical specimen due to the conditioning required to perform as an NHL-level goaltender, the organs were likely strong enough to help others in a significant way.

I suppose the point of this post is to ask that you sign yourself up as an organ donor when you have the opportunity to do so, as I have done. Who knows who could benefit form it.