The "I-Man" In The Barnyard 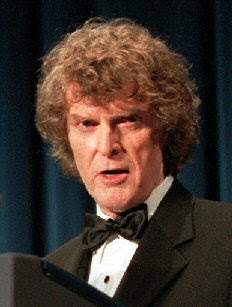 I really went back and forth about saying anything concerning the pending return to the airwaves of Don Imus, but I finally caved for a couple of reasons.

First, it sounds like his new sponsor will be reaching rural communities primarily in this country; it’s really a win-win, because RFD-TV is looking for a big name to add to its roster (stands for “rural free delivery,” not the ‘60s sitcom with Andy Griffith, Goober, Aunt Bea, and Emmett the Fix-It guy forever trying to mend a toaster) and Imus gets an audience automatically receptive to his crude, racist rants.

(On a related note, by the way, isn’t it funny how this turn has transpired for Imus, especially since he once lampooned people who will now be his chief audience?)

So, assuming Imus inks a deal and starts broadcasting with RFD next January 1, he will have received what amounts to a 9-month vacation (and no word on how this would impact his pending lawsuit).

If that transpires, how exactly will he have been punished?
Posted by doomsy at 2:01 PM