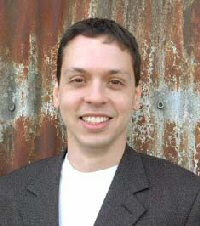 (But I’m going ahead with it anyway…)

I know that, in Markos Moulitsas Zuniga’s appearance on Bleat The Press this Sunday with pretend Democrat Harold Ford, the latter threw out this scurrilous charge that The Daily Kos is some kind of an anti-Semetic hate site (a charge that seems to be in vogue now for Repugs and their acolytes, including Maine senator Susan Collins here, and the charges against firedoglake and MoveOn are equally laughable).

You and I know all of this is patently ridiculous. I’ve seen enough of my share of actual hate speech against liberals in the Inquirer to recognize it, and if it actually were at the Daily Kos site, I wouldn’t have anything to do with it (I’ve also seen a ton of it in the Courier Times, but I have other reasons for reading the paper, so even though I refute it to rattle cages from time to time, I know I can’t defeat it).

And I thought this was a nice wrapup of the whole “Meet The Press” thing and an aftermath on Hannity and Colmes, with Ford trying to sound more inclusive, possibly as a result of his exchange with Markos (and boy, is Bob Beckel a dick!).
Posted by doomsy at 3:10 PM