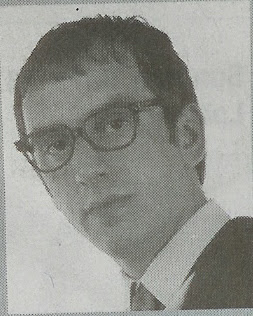 Time to cringe once more...

1) Smerky did it again yesterday (as we knew he would).

In a column about someone named Ken Smukler, a former aide to Philadelphia mayoral candidate Bob Brady who left the Brady campaign after he had explored the possibility of forming a “527” group – the number designates the section in the Internal Revenue Code requiring the registration of such “issue oriented” groups – Smerky describes the 527s in the following manner…

Three such organizations - Swift Boat Veterans for Truth, Moveon.org, and the League of Conservation Voters - were fined in December 2006 for breaking various federal laws during the 2004 presidential campaign. SBVT campaigned against the candidacy of Sen. John Kerry, and the other two lobbied against George W. Bush.

Only Smerky would attempt to equate these three groups as being similar in any ideological or practical way.

The League of Conservation Voters advocates for the environment by encouraging its member to contact Congress and the White House and tell them to either support or oppose environmentally-related legislation. It also provides links to news articles about issues affecting the environment. It also organizes to support candidates who work in concert with the group and oppose those who don’t.

MoveOn.org operates in a similar fashion to effect action oriented towards political change through organizing, fundraising, and candidate support. I won’t kid you and try to make the case that they don’t oppose George W. Bush, because they plainly do, which I applaud. Both groups have existed since approximately the mid-1990s, with MoveOn.org arising as a reaction to the Clinton impeachment farce (the group’s attitude was reflected in the title, as in “censure and move on.”).

However, the sole reason for the existence of the so-called Swift Boat Veterans for Truth was to sabotage the presidential campaign of John Kerry in 2004. This group is a front and does not exist for issue-oriented change in the same manner as MoveOn and the LCV in any way, shape or form, except for fundraising.

2) Timed for the Kentucky Derby last weekend, former Inquirer sports columnist Bill Lyon wrote a good column about horse racing (resurrecting the memory of the sainted Barbaro – let us all pause and hang our head in silent sorrow for a few seconds over a horse that received better heath care before it died than most people in this country could ever dream of).

As I said, it was a good sports column. What on earth it was doing on the Op-Ed page is something I cannot imagine.

3) As D-Mac of Philadelphia Will Do notes here, what passes for a brain trust at Philadelphia Media Holdings L.L.C. was just so full of itself last Friday and yesterday over the increase of its circulation that it felt it had to produce a separate advertising supplement over it (with D-Mac’s astute observation that, somehow, a readership bump of 2,000 is supposed to offset a 40,000 loss in subscribers over the last two years – as I noted previously, the Inky has a problem with math from time to time).

I should note that the four-page (!) advertising supplement appeared in the U.S. and World news section (which is more department store ads than anything else these days). It attempted some Onion-esque parody (emphasis on “esque”) with phony testimonials from people shocked by this supposedly momentous circulation gain (with a “blogger” named Lockfist Blowhard, pictured above – nice – who reveals a plan to make sure no newspaper ever gains another reader; it’s past the point of me stating yet again that the Inky, no matter how hard it tries, will NEVER be intentionally funny).

The supplement actually did serve a function in our household as it turned out, though. After I sliced it up to be used for our cat’s litterbox, I then drove to our convenience store to purchase the Sunday New York Times, which, as we know, is a newspaper produced by and for adults.
Posted by doomsy at 1:13 PM