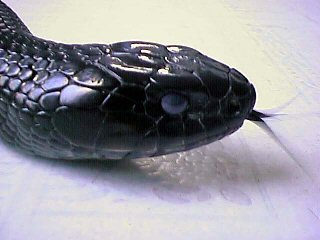 The latest from the Edwards '08 campaign...

Did you hear about Anne Coulter's speech (yesterday) afternoon attacking John? A friend just forwarded me the video and it's one of the worst moments in American politics I've seen.

I can't bring myself to even repeat her comments. Her shameless display of bigotry is so outrageous you actually have to see for yourself to believe it.

This is just a taste of the filth that the right-wing machine is gearing up to throw at us. And now that it's begun, we have a choice: Do we sit back, or do we fight back?

I say we fight. Help us raise $100,000 in "Coulter Cash" this week to show every would-be Republican mouthpiece that their bigoted attacks will not intimidate this campaign. I just threw in 100 bucks. Will you join me? Just click here.

Coulter's attack was no accident. It happened on national television at one of the year's biggest conservative conferences. Dick Cheney and most of the Republican candidates were in the audience. She was even introduced by Mitt Romney.

John was singled out for a personal attack because the Republican establishment knows he poses the greatest threat to their power. Since they have nothing real to use against him, Coulter's resorting to the classic right-wing strategy of riling up hate to smear a progressive champion. And the Republican attack dogs will keep playing this despicable trick as long as they think it works.

But this time, you and I can change the game.

If we can raise $100,000 in "Coulter Cash" this week, we can show that bigotry will only backfire on those who use it. John is not the first progressive leader to face this kind of slime, but together, we can make sure he is one of the last.

Tonight, I've put in 100 bucks of "Coulter Cash" to get us started. Can you match me, or chip in whatever you can afford? Just click here:

Let's make the latest Coulter garbage "the gift that keeps on giving."

(P.S. - Not sure what's going on with the link at the moment - hopefully there's so much traffic to the Edwards site that it's slow for that reason.)

Update 3/4: Progress of a fashion, though Digby via Atrios hits the nail on the head.
Posted by doomsy at 6:48 AM

I would take this more seriously if the Edwards people had actually had the spine to stand up to the hatemongers and kept Amanda and Melissa on his staff.

And I'm still waiting here for the outrage from our moral arbiters on the Right to begin over THIS comment... Anyone? Anyone? Bueller?

Shakespeare's Sister doesn't agree with you. Your conviction that she's been fired shows little confidence in her truthfulness.

My understanding is that both Marcotte and McEwan resigned on their own - I honestly don't believe Edwards would have asked them to leave.

And the right will never criticize Coulter - not the media, not the politicians...nobody. The worst they will ever do is tell her to disappear for a little while so she can shed her skin and generate a new one like all snakes do.

Actually, I take that back - the Log Cabin Republicans slammed her, and I updated a prior post on it.

Prof Marcus quite rightly encouraged me and others not to waste any more bandwidth on this, so I really will drop this now.