Nukes In The News 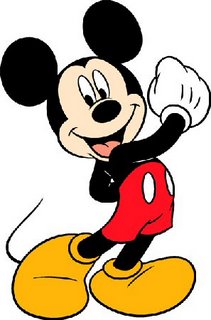 “Fantasy Land,” huh Rummy? Is that the name of the proposed new theme park that our government plans for Iran (constructed by Disney with special “consultation services” by Halliburton, right Dick? Any by the way, you gotta work on that change up, dude) to be built on the site of, as Billmon puts it, “a large radioactive hole 200 miles south of Tehran”?

Well, Sy Hersh pretty much spoils all the Bushco fun with his typically top-notch reporting on this (of course, Sy’s the guy who broke the story about that little Abu Ghraib dustup some time back).

And speaking of Billmon (obligatory hat tip to Atrios), he presents some spot-on analysis on what Bushco has in mind, and I thought this excerpted paragraph from an update reveals a lot about the “holy crap, what the hell is Bush trying to do now to screw things up even more” fears of the Saudis, though of course they’re hardly blameless in this also.

Saudi Arabia, fearing that US military action against Iran would wreak further havoc in the region, has asked Russia to block any bid by Washington to secure UN cover for an attack, a Russian diplomat said on Tuesday . . . A Gulf diplomat, who also requested anonymity, said Saudi Arabia and other Gulf countries were worried about the possibility of US military action against Iran at a time when Iraq is engulfed in what is increasingly turning into civil war.

As better lefty bloggers than I have already noted, Bushco will keep up this drumbeat throughout the year, taking us ever closer to the edge with incendiary quotes from Dubya and especially Cheney on this to work the lap dog media into the appropriate lather necessary to recreate the fear that has served them so well for much of their abhorrent term in office.

The only problem is that you can only whip an animal for so long before it becomes complacent or decides to turn on its handler and attack (or, at the very least, boo vociferously at a baseball game).

Update 4/14: Marie Cocco interjects some frightening sanity into this insane discussion.
Posted by doomsy at 8:24 AM