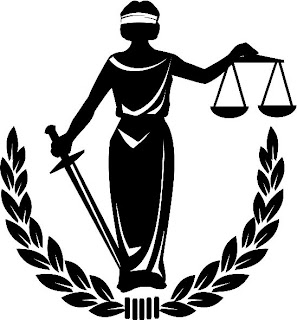 (The “o” word being code for age discrimination, IMHO - and I also posted some stuff here.)

This post from NBC News tells us the following…

In (an) age discrimina- tion case, the court -- again by a 5-4 vote -- said that lawsuits claiming that an employee was fired because of age must show that age was the reason for the firing, not simply that it was one of several other factors. The court has allowed the "several factor" analysis in claims for race discrimination. But the court said today that the Age Discrimination in Employment Act is worded differently and does not allow lawsuits for such "mixed motive" cases.

Jack Gross had been a vice president of FBL Financial Services of West Des Moines, Iowa. But in 2001, he lost the title of vice president in a reorganization and two years later, some of his responsibilities were given to a colleague.

Gross sued under the federal Age Discrimination in Employment Act and a jury agreed that his age was a motivating factor in his demotion. Gross was awarded $46,945 in lost compensation.

A federal appeals court in St. Louis overturned the verdict, however.

"We hold that a plaintiff bringing a disparate-treatment claim pursuant to the ADEA must prove, by a preponderance of the evidence, that age was the 'but-for' cause of the challenged adverse employment action," (Justice Clarence) Thomas said in the high court's opinion. "The burden of persuasion does not shift to the employer to show that it would have taken the action regardless of age, even when a plaintiff has produced some evidence that age was one motivating factor in the decision."

What is particularly curious (and appalling, truth be told) to me is that, prior to now, the Court had ruled favorably towards workers in age discrimination issues; a year ago, the Court said here there was a “burden of proving that a layoff or other action that hurts older workers more than others was based not on age but on some other ‘reasonable factor.’”(Meacham vs. Knolls Atomic Power Laboratory)

Also, this ruling by the Supremes “allow(ed) a claimant (or claimants) to recover if it can be shown that an employer used a neutral business practice (not motivated by discriminatory intent) that had an adverse impact on people age 40 and over. The claimant need not establish that the employer intended to discriminate.”(Smith v. City of Jackson)

And in addition to Meacham, this article provides more information on recent Supreme Court decisions in this matter.

The supposed rationale provided here by The Supremes in the Gross case at issue this moment smacks of the same parsimony as that of the Lilly Ledbetter ruling, and it looks like a legislative remedy will be required here also to undue the wrong they committed today.
Posted by doomsy at 12:48 PM