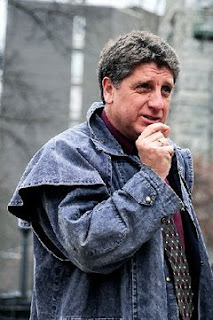 I put up the “Countdown” video from here last Friday about Randall Terry’s indignation over Judge Sonia Sotomayor’s nomination to the Supreme Court, which he among others has been using to rally “the base” on behalf of his “pro-life” cause.

Well, it turns out that the “Countdown” excerpt was just a prelude to what Terry hopes will be bigger things, based on the rest of his speech (and we’ll be so much the worse off if he turns out to be right).

As noted here, Terry “announced the formation of a new organization to be known as Operation Rescue Insurrecta Nex,” with the Latin phrase translated to “insurrection against death.”

"The freeing moment will come when you decide to take a bullet for this movement," Mr. Terry said in a small ballroom watched over by one security guard. "Then you can't be bullied and intimidated into silence anymore."

"My mission is to raise up a new generation," (Terry) said, "to recruit them, train them and unleash them."

He brushes off criticism that activists like him created a climate that goaded the suspect in Dr. (George) Tiller's slaying into action.

"You can't work with me if you can't say abortion is murder and child-killers are murderers," he said. "You've got to be prepared to take the heat over those words. The true terrorists are those who reach into a woman's womb and kill her child."

His opponents "refuse to admit that abortion is the cauldron from which evil flows," he added. "George Tiller reaped what he sowed. He was a murderer."

Randall Terry, judge, jury and executioner, ladies and gentlemen (and just because Alan Keyes happened to be one of the people who showed up for Terry’s little party, that hardly means that these people can be laughed off).

And by the way, Media Matters put together this post four years ago to tell us about more of Terry’s deranged antics (and that was before he compared Obama to the leaders of Nazi Germany here), including the following…

And believe me when I tell you that there is much more.

And as dear as my faith is to me, I believe something is very wrong when a Catholic priest, Father John Mikalajunas, can say here that...

"I have known Randall longer than all his accusers... Let us remember that it is the Devil, the father of lies, who is the 'accuser' of the faithful.

"I am happy to declare as a Catholic priest and a proclaimer of the gospel, that Randall Terry is a Catholic Christian in full communion with the Church, and that the statements and insinuations to the contrary should be devoutly ignored by the faithful."

But meanwhile, this guy, for one, can’t even catch a break from his own archbishop because the one-time presidential candidate supports a woman’s right to choose.

I mentioned Judge Sotomayor at the beginning of this post, since, as noted, he is a fresh target for Terry’s outrage. However, I should say that, even though I believe Sotomayor is a fine nominee, if would have been perhaps even more interesting if Obama had nominated Judge Diane Wood, who, as noted here “made use of RICO provisions in dealing with a legal case” against Terry, thus designating Operation Rescue as “an ongoing criminal organization.”