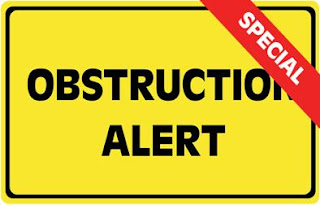 The Bucks County Courier Times ran a story today on a protest at the county courthouse in Doylestown over the transfer of the polling station from the Creekside Apartments in Bensalem, PA to the Polanka Hall location approximately a mile away in 2007 (a background post is here).

The story tells us the following…

The protest was attended by more than a dozen national and county groups, including the American Civil Liberties Union, the Pennsylvania Immigration and Citizens Coalition, the National Coalition for Jewish Women and Latin American Legal Defense Fund.

On one side of the street, they stood with signs that read “Voting is an act of self defense,” “Bensalem discriminates against minority voters” and “Minority voters are Americans too.”

On the other side of the road stood Commissioner (Charley “I Have A Semi-Open Mind”) Martin, who watched — at times shaking his head.

“I think it's pretty interesting that all these people can get up here from Bensalem to Doylestown. But they can't walk less than a mile to another polling place,” Martin said.

A couple of points here, Charley: 1) Many of the Creekside residents are elderly and/or infirmed – try real hard now, but imagine transporting or arranging a ride for yourself to the Polanka Hall location while navigating with a walker, a wheelchair, a crutch or a cast, OK?, and 2) Always remember that, though Diane Marseglia is the minority party member on the Board of Commissioners, more people voted for her last year than you (and it bears repeating that, had Jay Russell decided to stay the hell out of the election and not siphon off votes, you wouldn’t even be serving at all and Steve Santarsiero would be instead).

And as I also noted previously, Director of the Bucks County Board of Elections and Repug party appointee Deena Dean had no trouble acting with speed to move the polling place, but told us that she couldn’t act with haste the other way because “voter districts must conform with the decennial census,” or something.

And I also never bought the argument about the crime statistics at Creekside; what, is someone going to try to steal your ballot or something? You use that argument, and you eliminate many of the polling locations in this country. Besides, people around the world have courageously exercised their franchise in much worse circumstances.

And by the way, along with Diane, one of the people “going to the mat” for the Creekside residents here is Harris Martin, and to reward good behavior, click here.

And I know I already put this video up last night, but I think it is applicable here also; here's Keith Olbermann interviewing Allen Raymond (you find out who he is) on "Countdown."

Update 9/19/08: By the way, Cawley and Martin rated a "Thumbs Down" here from the Courier Times for yet another abuse of their authority.

Update 9/23/08: The more we dig into this, the more it stinks to high heaven (re: deposition that GOP wanted the polling place moved).

Update 9/28/06: The following letter appeared in the Courier Times today...

I was a protestor at Bucks County Courthouse on behalf of resident voters at Creekside Apartments. Their polling place was moved to Polanka Hall, Knights Road, across Street Road and down two blocks.

Most residents don’t use cars; many are elderly or disabled.

I request proof of a single crime committed during election hours.

But, I witnessed something even more disturbing that I hope all decent voters will consider when Martin comes up for re-election.

Martin stood across the street watching the protest. I thought I might appeal to (sic) his decision and ask him how to go about having it overturned.

His answers were evading and misleading – disrespectful enough. But all the while he wore a slick grin of satisfaction!

I was appalled and asked him why he was grinning, to which he did not answer and went on grinning.

No matter how much he might disagree with some of his constituency, Martin owes the people he represents courtesy.

An online link to this letter is currently unavailable from phillyburbs.com, so I transscribed it from the hard copy of the newspaper.