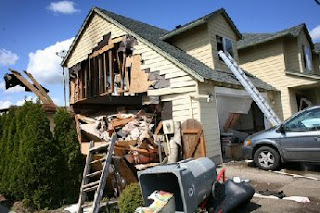 (By the way, before I get to the substance here, I want to point out that I care less than nothing about hearing politicians talk about religion regardless of their affiliation. I give Barack Obama credit for trying to reach out to people if this apparently is what it takes to make them understand and support his candidacy better, but I care about politicians who are going to craft legislation and support policy that actually helps me and my family on a day-in, day-out basis…you know, silly stuff like authoring spending bills that balance our budgets, advocating policy that supports our environment and passing legislation that properly funds our schools. And I know Obama supports all of this too as well as HRC, but I would only waste calories over what they think of religion if they were running for Pope, which they obviously aren’t.)

Update: And yes, I realize that Obama gave his speech in Philadelphia, but nonsense like this is why I don't care; I was tempted to compliment Smerky on an earlier Obama column - good thing I didn't (and I might as well forget about comparable media coverage for the nutball utterances from Baptist minister Mike Huckabee).

Update 3/19/08: Well, I guess this is why I'm nothing but a filthy, unkempt liberal blogger...so glad the folks in Ohio and Missouri who oppose Obama here aren't just a bunch of utterly clueless lemmings who absorb anything fed to them by those pretending to present the news to them on their televisions (the folks with the initials for names, of course)...right?

(Also, regarding the campaign silliness between the two Democratic contenders – and again, people, this is politics; let’s all get a grip, OK? – I happened to come across a Daily Kos blog post linked from HuffPo where a diarist said they weren’t going to post on The Daily Kos because they said the site supported Obama (my bad) and they thought kos was being unfair to Hillary…but the post appeared on The Daily Kos written by someone saying they weren’t going to post there any more even though kos allowed the post – aaaaaaaarrrrggggghhhhh!!!!! ENOUGH OF THIS NONSENSE!)

OK, thanks for indulging me on that (update: I was more or less referring to this). Now…

Q …people who are facing, say, foreclosure, the individuals, the little guys who are facing a foreclosure are looking at the big guys getting government, if not brokered, certainly they're overseeing deals that are engineered to sort of keep the big picture financial community afloat, and they're saying, well, where's my boost of liquidity (re: the J.P. Morgan/Bear Stearns deal)?

MS. PERINO: They're going to get that boost of liquidity in the form of a stimulus package and a tax rebate that's coming to them the second week of May.

Q But that's not going to save their houses.

MS. PERINO: The other way to help work on the housing issues is to take advantage of some of the programs that we have in place, to talk with HOPE NOW or Project Lifeline, for those who are in more serious dire straits, and also to work -- for us to continue from the administration to call on Congress to finally take action on Federal Housing Administration reforms, which we think are necessary to help homeowners across-the-board.

NEW YORK (CNNMoney.com) -- By early April, both chambers of Congress are likely to tie the bow on a bill that would expand the reach of the Federal Housing Administration, which aims to provide safe loan alternatives to subprime mortgages and make homeownership more accessible.

Different versions of the FHA modernization bill passed in the House and the Senate last year, and both Senate Banking Committee Chairman Christopher Dodd, D-Conn., and House Financial Services Chairman Barney Frank, D-Mass., said last week that the differences between the chambers could be resolved in short order.

"I think we are fairly close to having an FHA reform bill that we will be able to adopt very quickly," Dodd said on the Senate floor.

I realize that so-called FHA “modernization” is one tool to help subprime mortgage holders in default, but I’m skeptical to say the least about this though I know it’s necessary. We started out “going FHA” by putting 3 percent down, and loosening even an already loose requirement like that is risky (but, again, necessary I know). That’s why I for one want to see the House and Senate work out the details carefully as they blend their matching bills into a single piece of legislation for President Brainless to (dare I hope?) sign into law.

The Bush Administration's latest initiative, Project Lifeline, exemplifies its hands-off approach to the workings of the market. In fact, it's not a government program at all. It's a statement of intent by six major lenders—Bank of America (BAC), Citigroup (C), Countrywide Financial (CFC), JPMorgan Chase (JPM), Washington Mutual (WM), and Wells Fargo (WFC)—that they will stop the clock on foreclosure for 30 days for borrowers who are identified by the lenders as good candidates for a home-saving workout. The banks, in the words of a Bank of America press release, "will target severely delinquent borrowers to encourage them to respond to their mortgage servicer and pursue loan modification options."

Predictably, Project Lifeline was quickly attacked by critics as too little, too late. Senator Richard Durbin (D-Ill.) issued a statement saying: "Homeowners at risk of foreclosure are floating 50 feet from shore while Project Lifeline throws them a 30-foot rope."

Project Lifeline appears even less substantial than Hope Now, an earlier Bush Administration initiative aimed at more credit-worthy borrowers. Treasury Secretary Henry Paulson has refused to say how many people benefited from loan workouts arranged through Hope Now. Only about 10,000 delinquent borrowers have even been advised to seek workouts in the past two months via a hotline (888 995-HOPE), The Wall Street Journal reported, citing the nonprofit Homeownership Preservation Foundation, which operates the hotline.

The foundation, which pre-dates the Hope Now initiative, told the Journal that hotline counselors recommended a workout for 9,975 borrowers, told 4,410 people to "seriously consider selling their home," and referred 12,113 borrowers for in-person counseling and services such as job-placement help. That's a tiny fraction of the millions of people who are struggling to make payments or have become delinquent on their home mortgages.

So now that we know what the Dems are trying to accomplish versus yet another ridiculous Bushco shell game, let’s go back to Our Gal Dana, shall we?

Q The President, in his radio address Saturday, said that the housing crisis was the root of a lot of the troubles. Mr. Frank and Mr. Dodd have the legislation on the Hill that will call for a write-down on some of the principal, and then have FHA come in and guarantee the rest of those mortgages. The market is looking for a floor. Wouldn't that kind of legislation give the market a floor?

MS. PERINO: I'm not that detailed into it, Roger, that I could provide that. But I'll refer you to Treasury.

Q The administration opposes that legislation; is that correct?

MS. PERINO: I think we've said that we would not support -- I can't remember exactly what that legislation says, so let me go back and either get back to you or refer you to somebody who can.