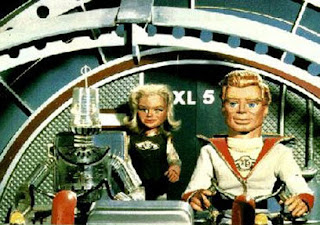 WASHINGTON (CNN) -- Saying "the desire to explore and understand is part of our character," President Bush Wednesday unveiled an ambitious plan to return Americans to the moon by 2020 and use the mission as a steppingstone for future manned trips to Mars and beyond.

"We do not know where this journey will end, yet we know this -- human beings are headed into the cosmos," Bush said. "Mankind is drawn to the heavens for the same reason we were once drawn into unknown lands and across the open sea. We choose to explore space because doing so improves our lives and lifts our national spirit."

Despite the Bush Administration's public commitment to the space program, in the form of the 2004 Vision for Space Exploration initiative, which sets goals of returning men to the Moon, establishing a base there, and later mounting manned missions to Mars, the White House has refused to adequately fund it. The five-year projection of the budget needed annually by NASA to meet the program's major milestones, proposed by the Administration and passed by Congress in 2005, has been underfunded by more than $1 billion per year.

What a shame that we can’t send this administration into orbit instead.
Posted by doomsy at 2:48 PM