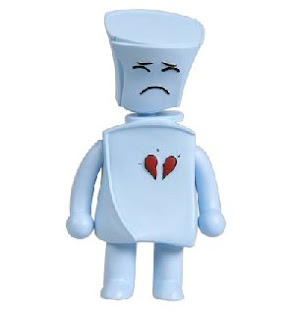 I’ve been meaning to get to this topic all week, and that would pertain to this editorial in last Sunday’s New York Times (echoed in the Courier Times this morning) which rightly chastised Nancy Nord, the acting head of the Consumer Products Safety Commission.

In typical Bushco fashion, this is why…

(Nord)…joined industry lobbyists in opposing a Senate bill intended to strengthen her enfeebled agency. That was followed by the revelation that Ms. Nord and her predecessor took free trips from the toy industry.

Ms. Nord, who is supposed to be the consumers’ advocate, has more often echoed the views of manufacturers’ lobbyists. She has argued that voluntary compliance by business is the only way to promote safety when an agency as small as hers is charged with overseeing more than 15,000 products. She is right that self-policing by industry is crucial, but her agency lacks adequate resources: it has just one full-time toy tester. Remarkably, she has been resisting calls for it to get those resources.

And this isn't the first time we've had problems with toys from China under Nord, as noted here.

John Edwards, among others, has call for either the resignation or firing of this hopelessly compromised individual (the fact that “acting” precedes her title is a clue – Edwards has also called for a ban of lead in all children’s toys).

Nord should already be gone, as I noted here in a prior post where she blew off a congressional subcommittee – better to have the post vacant than represented by someone whose actions constitute a threat to our kids (particularly talking about the Aqua Dots recall here, which unfortunately didn’t come soon enough for a child named Rylie Batcheller, as the story tells us; also, this tells us that the toy contains a chemical that when it breaks down, acts in a manner similar to the “date rape” drug 1-4, Butanediol – charming).

My opinion on Nord puts me in opposition to the Times, by the way – they believe Nord is better than nothing, but I don’t.

Also on the subject of toys from China, Joe Biden apparently said in the recent Democratic debate in Philadelphia that he would ban all Chinese imports (can't find a link yet, but the Courier Times noted it in their editorial today).

That’s an admirable sentiment, but the problem is that China is holding so much of our debt that, if they decided to liquidate it, our economy would collapse faster than a house made out of Lincoln Logs.