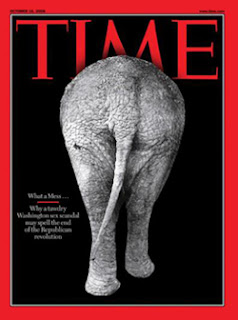 …to Lower Makefield Supervisor Steve Santarsiero for pushing for a township law that would open up access to township documents.

Santarsiero, Democratic candidate for county commissioner, recently outlined his “Open And Fair Government Ordinance,” which would require residents to be able to review any record (except for specified exemptions) within 24 hours of requesting it and for the township to provide a copy of some documents related to litigation and personnel records within five days.

The ordinance also requires township employees to resign before running for public office, prohibits any township employee from participating in political activities and bars political literature from being displayed or distributed in township offices.

Some residents say the ordinance isn’t necessary because the township already has a very open government, but Santarsiero replied that an official ordinance would be stronger and more difficult for future officials to ignore or avoid – and that’s a real good point. Open records make government more answerable to citizens and getting something concrete on the books ensures accountability for future generations. State law should have mandated this from the beginning, but we appreciate Santarsiero addressing it now.

Also, this letter appearing in today’s Courier Times from Jason Simon, chairman of the Lower Makefield Democratic Club, describes the tortuous route to the debate this Thursday between incumbent Republican supervisors Pete Stainthorpe and Grace Godshalk and Democratic challengers Matt Maloney and Deb Wachspress (made so by apparent intransigence on the part of Stainthorpe and Godshalk, based on Simon’s letter).

To support Matt and Deb, click here.
Posted by doomsy at 2:18 PM