Guess You Need More Than Love

Now that The Beatles have been proclaimed Number One among the 885 greatest artists of all time by public radio station WXPN here in Philadelphia, I hope this restores the luster somewhat to the band that created the entire “album-oriented” radio format that eventually evolved into the ubiquitous “classic rock” format (an oxymoron if one ever existed). 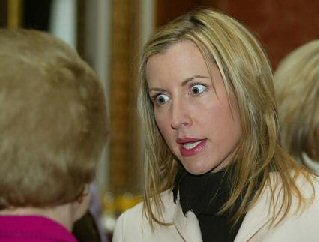 Though they quite rightly will be held in highest esteem (in my opinion anyway) by a great many people, I have to point out that some of the legal escapades involving Paul McCartney and Yoko Ono lately are the stuff of cheap parody, or even a good one, recalling the following memorable lines from “The Rutles: All You Need Is Cash,” the funny Beatles sendup by Neil Innes and Monty Python’s Eric Idle, involving the “Prefab Four” of Dirk McQuickly (McCartney), Ron Nasty (Lennon), Stig O’Hara (Harrison), and Barry Wom (Starr).

Narrator: In the midst of all this public bickering, 'Let it Rot" was released as a film, an album, and a lawsuit. In 1970, Dirk sued Stig, Nasty, and Barry; Barry sued Dirk, Nasty, and Stig; Nasty sued Barry, Dirk, and Stig; and Stig sued himself accidentally. It was the beginning of a golden era for lawyers, but for the Rutles, live on a London rooftop, it was the beginning of the end.

Maybe this is just some passing turmoil, or maybe the stories of Paul and Yoko’s legal troubles will be with us for a little while yet (I’m afraid that’s more likely in Paul’s case, though I’d hate to be in Heather Mills’ shoes when his lawyers get done with her).

As someone once said, tomorrow never knows.
Posted by doomsy at 3:06 PM