Bring This Guy Off The Bench 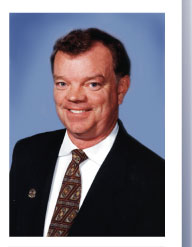 As somewhat of a Phillies fan, it’s kind of tough to have a rooting interest in this year’s World Series, where the St. Louis Cardinals are leading the Detroit Tigers by three games to one, and I believe the Cards can wrap things up tonight.

I was glad to see Jeff Suppan get knocked out last night since he, Patricia Heaton, and the guy who starred in Mel Gibson’s Jesus snuff film decided to respond to Michael J. Fox and say that they thought stem cell research will automatically lead to cloning humans (which echoes the paranoia of Amy Sullivan in my earlier post today with Beavis and Butt-head channeling "American Gothic" - love it!).

Let me know when “the rapture” comes along and lifts all of you guys right up to Heaven, OK?

The reason why I say it’s kind of tough to root in the Series is because ex-Phillies play on both teams. All-world third baseman Scott Rolen of the Cards busted his butt here for years, but he acted like a real jerk when he left, actually forcing the trade. Placido Polanco of Detroit, on the other hand (who, oddly enough, was traded here from St. Louis for Rolen), did the same thing and has shown nothing but class before and since (as far as I know, anyway – I’m a bit “out of the loop” on this stuff).

This post, however, though it has a nod to baseball, is really about politics. Specifically, it’s directed to one-time Democratic U.S. House candidate Andy Warren, who was defeated in the primary last spring by Patrick Murphy in the U.S. House 8th district congressional race.

I admit it’s a long shot that he will actually read this somehow, but I’d like to ask him this question anyway:

How will you feel somehow if Mikey is standing at the podium on Tuesday night November 7th waving to everyone with his wife and six children by his side and a big grin on his face with all of his followers whooping it up because he managed to pull out a victory due to a relentless torrent of negative advertising and provincialism while you did nothing to help Patrick Murphy?

I know that’s a lot to digest, so I’ll digress briefly and let you ponder it while I compliment you on your efforts to unravel the voting machine mystery here in Bucks and the 8th district in particular.

I remember quite well last spring how disenchanted you became with the Repugs, particularly over the Terri Schiavo circus, which was your stated reason for leaving the party. Actually, I don’t know how any individual would NOT be repulsed by the conduct of our politicians and assorted other “pro-life” zealots in that fiasco.

So you became a Democrat, and as far as I’m concerned, by doing so, you pledged your loyalty to the party. And during the primary, you pointed out that defeating an incumbent becomes exponentially harder the longer they’re in office (you didn’t phrase it that way, but that’s what you meant).

Well, I’m sure that, after all these months, you can swallow your pride and admit that Patrick Murphy is an outstanding candidate, and his campaign and the force of national and local events has put him squarely in contention for the 8th district house seat.

However, aside from the aforementioned torrent of negativity (and really, there’s only so much anyone can do about that despite the fact that we must continually fight it; we can't control what people decide to believe, nor should we be able to), you can help Patrick with the “provincialism” factor.

You can state that, even though you’re a lifelong resident of Bucks (I believe), you could argue that excluding anyone merely on the basis of how long they’ve lived in a certain area is a particularly backward way of thinking. You could stand up and say that, even though that was part of your campaign strategy at one time, you now realize how counterproductive that really is. You could say that that type of thinking deprives Bucks County of the element of vitality and fresh thinking that is missing so desperately in our political dialogue in these parts, and that it has a lot to do with why we can’t seem to resolve the issues that make a difference in people’s lives.

Basically, this would be kind of a “Nixon Goes To China” moment for you.

As a matter of fact, you probably could get away with not even endorsing Patrick by name if you didn’t want to (though everyone would know that that’s what you’re doing). You could do it strictly on behalf of the Democratic Party and its efforts to put an end to this blight of Republican government that is ruining this country for everyone but the investor class.

Because, Andy (may I call you Andy?), let’s face it: Mike Fitzpatrick’s accomplishments as our U.S. House Rep, such as they are, have been truly negligible – you and I know that. His support comes from people who hate Democrats anyway, though who have some principle of self interest in voting for him (I don’t like that, but I have to admit that I can relate to it), and others who are fooled by this ridiculous “nice guy” persona that he has been able to capitalize on, mythologized in part by the Bucks County Courier Times among others, all based in the mindset that he’s “one of us.” And as I said earlier, you could articulate the case that just being “one of us” isn’t even close when it comes to qualifying someone for the job Mikey presently holds.

So give it some thought, would you please (time is short, though). I’m sure that speaking out in this way wouldn’t represent a decisive moment in the campaign, but as a member of the Democratic Party, helping out one of your own sure would be the right thing to do.
Posted by doomsy at 3:13 PM

My inaugural address at the Great White Throne Judgment of the Dead, after I have raptured out billions!
Read My Inaugural Address
My Site=http://www.angelfire.com/crazy/spaceman