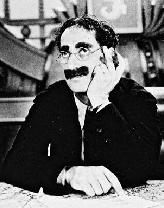 I would like to dedicate this post to Chris Borick, who teaches political science at Muhlenberg College.

The Inquirer ran an article today which purported to analyze the 8th district U.S. House Congressional primary race for the Democratic nomination between Patrick Murphy and Andy Warren, though the piece mainly served as a PR fluff interview with Mike Fitzpatrick, partly analyzing how much money he’s raised versus the Democrats.

You know, if for absolutely no other reason, I want to see campaign finance reform because THOSE DETAILS WOULD BECOME VIRTUALLY IRRELEVANT and I would NEVER HAVE TO READ THEM AGAIN IN A “NEWS” ARTICLE WHICH SUPPOSEDLY DEALS WITH REAL ISSUES!

(Can you tell I get a little peeved over that stuff?)

Anyway, this was Borick’s “analysis” of what Patrick Murphy brings to the table versus Andy (Only Positive Comments Allowed To My Blog Posts) Warren.

What Warren would bring to the race is campaign experience and ties to the GOP. Warren was a Republican until last year. He says he changed affiliation because his old party had moved too far to the right - a position that may appeal to other moderate Republican voters in Bucks County.

Yes, I’ve read that nonsense from the Warren Propaganda Team for far too long also.

"As someone who knows the ins and outs of an election, he would be a more polished professional... as opposed to Murphy, who is a political newcomer," Borick said.

I’m sure Dana Reddington is a fine reporter, and I’m trying not to malign him (her?) with this post. But the fact of the matter is that Chris Borick doesn’t know what the hell he’s talking about and is recycling some opinion or bit of misinformation, and in the process, undercutting the good reporting that otherwise constitutes Reddington’s article.

At no time whatsoever has Andy Warren had any business in entering this race, if for no other reason than the fact that he somehow views this as his last shot at high-profile political office, apparently, and that to him excuses the fact that he has not bothered to conduct a serious candidacy. I would be saying this, by the way, regardless of who his primary opponent was.

By this time next week, though, it will be over. We have much to do until May 16th, though (for Patrick, Chuck Pennacchio, and Chris Serpico in this area who I added to the list today; he is running for the PA State Senate, the race Ginny Schrader should have stayed in if she expected to have a career in politics).

As much as you may be able to, please donate and contribute your time if possible to canvassing for these candidates. Thank you.

One more thing: speaking of the Inquirer, I guess those responsible for the Editorial page thought nothing of note was going on in the “blogosphere” (“dive, dive…”) over the prior week because they didn’t publish their “Blog Cabin” feature today (gee, do you think it was because of all the “angry left” hostility over the condescension of Chris Satullo, Dick Polman, and especially Richard Cohen during that time?).

Well, Inky editors, I have a news flash for you. There were some other news stories being blogged and discussed at the big hit lefty sites, and this is one of them (if I can add to that story later about Jackson, I definitely will - update 5/11: Judge Victor Marrero set things right for now).
Posted by doomsy at 11:27 AM

You Might also be interested to know that Andy Warren has a Robo-Call going on in the district that implies he's the democratically endorsed candidate, and the campaign is planning to hand out replacement "Goldenrods" that will list his name, instead of the endorsed Patrick Murphy.

I assume the "goldenrods" are the forms to be handed out at 8th district polling stations next Tuesday showing Warren's name as the (allegedly) Democratic party-endorsed candidate (which is legal in this state...handing out the forms, that is - maybe distributed to homes also).

Warren is nothing but a pestillence. Everyone who has done anything to help Patrick Murphy should get together for a happy hour at some point from 5/17 onward to toast Warren's political demise.