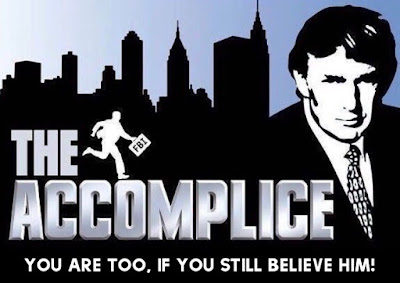 …oh, and it looks like somebody doesn’t know what his job is – can we impeach him over just that already?

Trump said he met with the President of the Virgin Islands.

Trump is the President of the Virgin Islands. pic.twitter.com/qudUIpwzoY


…and Sam Seder tells us what about a dozen vets found when they went to Puerto Rico to help (yeah, about as much of a “cluster” as you’d expect from our ruling cabal of compromised, incompetent frauds…to aid, click here)…

…and I give you another installment of “This Day In Doomsy History” from 10/14/09 (close enough), with former Repug U.S. House Rep John Shadegg (here) railing about Soviet style-Gulag health care, or something, which is darkly funny to me when you consider this from our Russian operative of a "president" (Shadegg now apparently toils for a D.C. law firm)…

…and yeah, how dare schoolteacher Deandre Harris defend himself from the white crazies trying to kill him. Of course he should be charged (tongue in cheek of course – typical for the Jeff Sessions DOJ...good work by Thom Hartmann and Greg Palast)…

…and in a related vein, Rachel Maddow gives us a lesson on Repugs and racism and how they were enabled by their same-party brethren in Congress; this tells us of the origins of the alt-right (with immigration reform as the “lightning rod” issue for these guttural weasels of course)…report is about five weeks old…

…and the prior two clips are a bit of a lead-in I suppose to this segment on Confederate statues from John Oliver (“You know how much a slave cost back then??!!” Priceless)…

…and with today’s day and date on the calendar in mind, I give you this tune from 1967.