News To Build On 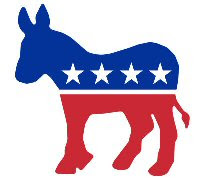 Though the exchange (in the last Democratic debate before the Iowa caucuses) between Hillary and Obama at the debate was most attention grabbing to the media, it was John Edwards who most impressed the voters who were assembled by CNN and Fox News to gauge reaction.

The post tells us that Edwards scored with a familiar (though no less important) message about "taking our country back" and the (rigged) tax code. And in fairness, Barack Obama scored well also along with Hillary Clinton.

And in other news (concerning the climate change summit in Bali)...

The escalating bitterness between the European Union and the United States came as former Vice President Al Gore told delegates in a speech that “My own country, the United States, is principally responsible for obstructing progress here in Bali.”

Mr. Gore arrived at the conference from Norway, where he, along with the Intergovernmental Panel on Climate Change, received the Nobel Peace Prize for helping to alert the world to the danger of global warming. He urged delegates to agree to an open-ended deal that could be enhanced after the Bush administration leaves office and the United States policy changes.

“Over the next two years the United States is going to be somewhere it is not now,” Mr. Gore said to loud applause. “You must anticipate that.”

Let us all hope and pray and work to make that a reality (and once more, you "values voters" who blew off that stuffy and uninteresting John Kerry in 2004, take a bow as authors of our present insanity).
Posted by doomsy at 5:40 AM